You can’t go wrong with Vivaldi especially when you have a master such as Vincent Lauzer on the stage. This concert focused on the dark and the bright side of Vivaldi's musical genius. And to help us along, there was a star in our midst: Vincent Lauzer. He's a master on baroque recorders, and he pulled them all out for this program. Vivaldi’s largo movements provided wonderful contrast to his allegro sections, and each piece, other than the vocals from “Air Cosi potessi anch’lo” from the opera Orlando Furioso and “Mio dolce amore” from the same opera, as well as another work titled, Nisi Dominus – proved that Vivaldi created astounding recorder concertos. Mr. Lauzer defies human tongue and finger dexterity. He turned his recorders into magical mesmerizing musical gods. He is brilliant. Likewise, when Claire Guimond showed off her incredible technical skills when accompanying on flute the singer for the evening, we were enchanted. Ms. Guimond is one of those rare artists who is able to express emotional dynamics on the flute. Her control, like Mr. Lauzer’s is phenomenal. 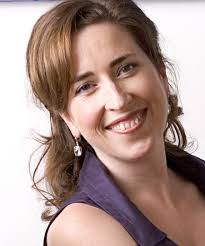 Unfortunately, the same dazzling effects from these artists were not continued once  mezzo-soprano, Meg Bragle took the stage.  This surely was an unintentional dark moment in the evening. There was no authentic nor much emotion in Ms. Bragle’s performance; her projection was flat. I was stunned by her inability to emote except in the fourth stanza of Nisi Dominus.  However, how she held that last note on the word, ‘ventis’ was incredible.  good. Her control was fine but honestly, there was not climax in any section of her  Her breathing and phrasing are exceptional and her lower quiet tones are effective enough. I think she was nervous or not at her best perhaps. Still, she did stick out as a far less seasoned artist than the others. But I felt she knew she was not “into it”, as they say.


Praise must be given to Alexander Weimann. He commands the harpsichord while conducting, often raising his right hand to direct the orchestra and having it land lickety-split on the page to turn it. He’s a multi-tasker performer for sure. I would say that the brightness of the evening radiated through Vivaldi as Lauzer, Weimann, Guimond and the orchestra itself brought his light to us. But it began to fade when the vocalist stood under it.


As Arion enters its 37th season, we must say, “congratulations!”

Posted by nancy snipper at 2:51 PM