RIDM... Non-fiction films that boldly and artistically dive over the edge 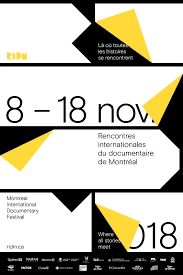 Now in its 21st year, this renown documentary film festival forges into truths behind the world’s beauty and horror. This year, many film makers are merging past with present in obtuse ways that challenge the movie goer. No other festival brings captivating stories that often linger long after the film is over. 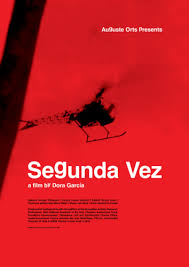 Hard to follow this work which reveals at least three different occurrences and scenes in Argentina – all tied into the premise that seems to show blind obedience outweighing one’s instinct to leave a scene or situation that is as confusing and senseless as that exerted on the participants involved.  Oscar Mascotta, an icon of the pre-dictatorship Argentinian avant-garde, known for his weird happenings and interest in Lacanian philosophy has his ideas in this far-out film transported to the present via varying situations and locations. I found this film too obscure to make a point despite the settings involved. They included: people lined up on a wall having to endure a piercing sound and bright lights; a body in a white bag being set in a field; people watching a helicopter in a field; people sitting and talking about philosophy in a library and being observed; people being questioned in a government office for respond not revealed at all. I found this film awfully long and pointless to ponder any intended significance. Reference to Peron, disappearance and more were shadowed here. I needed no second chance to rewatch this film to realize an important truth: the film’s content deserved far more focus and drama on the bitter subject of ’s miserable past and present.

Turkish film maker injects stunning photography of water and leaves and sludge with voice-over that reads the diary of a woman suffering under the violent power of the Turkish state in the 1970’s and 80’s. Experimental in cinematography, sound and metaphysics, this film is a beautifully made to tell the horrific cruelty and abuse this woman and many others endured that must never be forgotten. 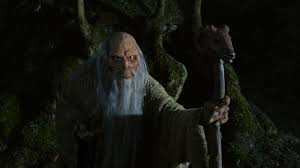 Gulyabani is a humongous ghoul with a long beard who wanders at night and scares people.

THE DISAPPEARANCE OF GOYA (Directed by Toni Geitani) 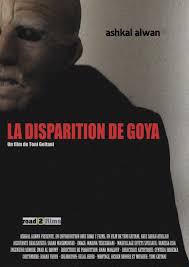 The Mountain War of 1983 in becomes a construed fragmentary collage of foggy landscapes, memories and images that have us questioning what really happened. At the center is a man whose face is seemingly so disfigured, but at the end of the film the mask comes off and nothing is really revealed. This eerie figure is an anonymous propaganda photographer who traverses the chilling landscape of a time that remains full of unanswered questions. Long, tedious and impregnated with overly-long stagnant stills, the film is painfully boring to watch. The point of the subject matter is fraught with pretension

Filmed on four continents embracing such seas as the Baltic, Aegean, Atlantic and more, This films takes us on a journey showing the tedious and dangerous work of those working on big ships. We see ice being chopped in the Arctic and then it cuts to beach with swimmers and a family enjoying themselves. We even travel along the saint Laurence River.  Divided into four movements, this cinematic essay is accompanied with fantastic music and vocals. It gives us a great glimpse into sea culture and those living next to it. Sadly, it is in need of editing as some scenes go on far too long.
_________

This film was preceded by a darling Wapikoni mobile short with  the village of called Kuuijuaq, being introduced by a local. Humour and authenticity makes this film refreshing and informative.

BEHIND THE FILM SHOAH

This monumentally important and supremely interesting film is truly a brilliant masterpiece by Catherine Hébert, and her focus here is on another brilliant film genius, Ziva Postec.

She put in seven yeas of her life editing Shoah, the master mind of Claude Landmann. The film was made from 1979 to 1985; It was a monstrous task to assemble all the archive footage, testimonies and filming of concentration camps, now lying bare to show the brutality of  the mass genocide of the Jews.  The film focuses on Ziva’s life in and in . She is a humble highly intelligent warm woman who had to deal with the temperament of a highly strung Lanzmann. Ziva is honest in her failings with her daughter Sarah, and vulnerable when she tells about the drowning death of her beloved first husband in . Shoa had a profound impact on her life. She had to stare every day at horrid photos and listen to testimonies. She worked insanely on editing 350 hours of footage that documented the extermination process. These seven years consumed her life at home and in the studio. She still is haunted in many ways by the film. Can you believe that at the première in in 1985,  Lanzmann asked her why she was standing beside him as he went up the red carpet stairs. ”You are following me like a puppy, he said. 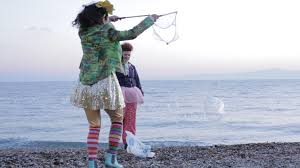 Lesvos, Greece is the desperate destination for Syrians
to reach by boat. In 2015, Three clowns are admitted into the refuge camp to entertain the kids. But in 2016, it’s a no-go for the small little group. These clowns try to get in but end up basically posing aggressively at the police they encounter. At the end after waiting so many days, they finish by blowing bubbles at a little girl  who is with her parents at the port. They resort really to interacting with dogs and themselves. They have a great need to perform.


Sabine is the main clown force behind persistence. She narrates the story and hers too about her mother who once left Lebanon for Greece during the war. In the end, despite shots of abandoned life jackets on land and more revealing shots of the plight, the film goes nowhere, though we have to admire the daring force of these Clowns without Borders whose persistence to penetrate the camp is admirable yet futile. 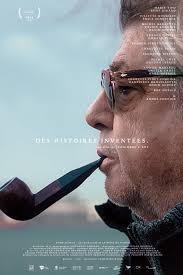 André Forcier, the great Québécois filmmaker made several films. Many exerts are spliced in of his films along with the poetic narration and on camera figure of him reveals reality is not really reality.  His films were quintessential quirky Québécois as they shone a light on characters that were unique indeed. However, the film made no sense, and was in fact rather dull.
______________________________ 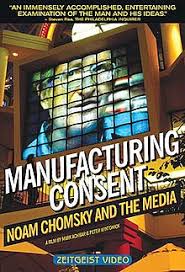 Schooled in the Jewish traditions and belonging to a lower class family of which the father was a Hebraic scholar, Chomsky exerts the restraint and brilliant mind of an intellect deemed the most important mind of the century.


His whole thesis is based on the fact that the masses are controlled by media and the media by the government. In East Timor, the government kept the genocide hush hush and did nothing when invaded by ; the Carter government was supplying arms to the country. Eat is rich in oil. In , bigger news hit the papers because the Americans were not complicity was Pol Pot. The point is, Chomsky who has written dozens of books and visited over 100 countries staunchly urges the common man and woman to think for themselves, and not to follow government and media. A brave quiet man who is attacked on all side, Chomsky is a freedom fighter, but urges us to know what is the truth and in community after community implement as fair place for free dialogue not based on media rhetoric. I67 minutes long, the documentary could have done with more editing.

Posted by nancy snipper at 1:09 PM