The Comical and the Serious with Mozart and Haydn

A Thrilling Group of Guest Artists
Arion closed its 37th concert season with remarkable vivacity and outstanding playing – all enhanced by really funny entertaining moments. Mozart and Haydn are a scintillating match for this magnificent orchestra; they handle music’s humour with wit; and gravity with equal emotional understanding. 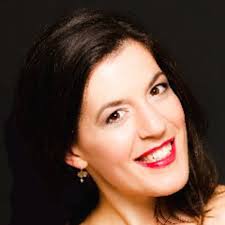 Guest soprano, Andréanne Brisson Paquin has a voice that beautifully reaches the high notes. Her tone is exquisite; her animated manner worked well as she took over the part of Clorinda, singing Mozart’s Air Vorrei spiegarvi, Oh Dio. I loved the oboe seduction that played out as Daniel Lanthier doubled as oboist and lothario as well. Using his instrument and his gestures to try to win over Clorinda, was highly entertaining and illustrative of the scene. Both singer and oboist interpreted this segment perfectly. Ms. Paquin’s acting was great as witnessed when she sung Suzanna in Mozart’s Air Al desio di chi t’adora. 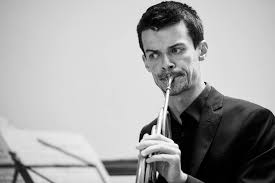 Another colourful treat in this concert was the performance by horn player, Pierre-Antoine Tremblay. He demonstrated so many different textures with varied contrasts of expression. His breath control and musicality was most impressive during his performance of Mozart’s Horn Concerto in E-flat major, K.447. 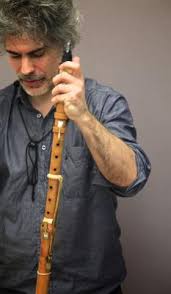 Arion Baroque Orchestra certainly chose the right guest artist to act out various parts of the program. Lorenzo Coppola vividly demonstrated musical moments in various works performed by the orchestra. He enacted anger, sullenness, pain, love, and more. At one point Mr. Lorenzo galloped across the stage with an extract form the orchestra to show the instruments rallied together in a hunting scene with the horn leading the musical fray. At another point he jumped across and chair, even flung his belly across it miming swimming to show yet another emotional moment in the music of a particular piece. His historical clarinet of two registers was also the brunt of jokes he made, but his playing was anything but funny. He is a true performer whose varied agile talents, both amuse educate us about various passages. They proved far more enlightening because of his contextual explanations of the scenes and characters. Next time, a bit of English interspersed with his many explanations would be most welcome. He is a character that surely Mozart would have loved.

The final work by Haydn – Symphony Number 76 in B-flat major showed dashingly the orchestra’s incredible versatility and musicality. This work is exciting and technically demanding. The bassoon and flute were inspiring in the first movement, and it just got more and more godly as the work played on. This work is not heard as often as is Haydn’s Surprise Symphony.

Finally, the closing concert had its own personal Arion moment of sadness. Concertmaster and first violinist Chantal Rémillard is embarking on a new chapter in her life. The concert was her last with Arion. One of the four founding members of the orchestra,  Ms. Rémillard will be missed by everyone. This concert must have been a deeply bitter sweet moment for her; she is leaving the orchestra to retire. Her student, Tanya LaPierrière who plays second violin in the orchestra, gave a moving face-to face farewell to Ms. Rémillard. I just wish this concert had been recorded for it was absolutely timeless.

Posted by nancy snipper at 7:14 PM