“SILENCE” ELICITS SCREAMS OF “GET ME OUT OF HERE’!" 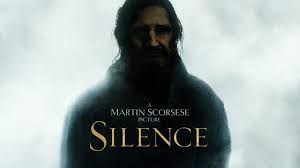 In the 17th-century, two Jesuit priests in Portugal, Rodrigues and Garrpe (played by Andrew Garfield and Adam Driver respectively) go to Japan to search for Ferreira, their priest mentor (Liam Neeson). The church has heard that he has rejected his faith (apostatized), and so they wish to find him. They also act as priests to Christians who lead such intolerably miserable lives in hiding from the cruelty of the Japanese inquisitor. So this is about faith overcoming fear of torture. 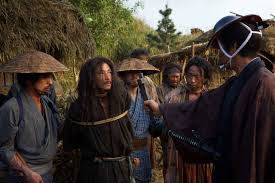 But this is one badly made movie in all ways; how many times can you show various way Christians were tortured by the Japanese? How many times do you have to repeat the same scene of stomping on a relief plate of Jesus under your foot?


How many times do we have to watch Christians hanging upside down in a pit, being burned, drowned and crucified? In trying to graphically chart the suffering of the two priests – in particular – Rodrigo (Garfield) and their flock of starving villagers, the movie becomes intolerably long, overly done, and pretentious. The dialectic between the Japanese inquisitor and Rodrigo; this Japanese Inquisitor is trying to convert him; it  becomes more painfully boring than having to sit in a church pew singing hymns that are monotonous rituals.
Based on the novel written by Shusaku Endo which itself is based on true events, this historical chapter in Japanese history is not without great cruelty to Christians.

is melodramatic and self-righteously insufferable. The film would have fared better in the hands of Mel Gibson and a brand new editor. Garfield was great in Hacksaw Ridge, but the emotional height he duplicates here falls … on deaf ears. Silence is the operative word here. The script is to fault for this.
Posted by nancy snipper at 11:22 PM