This stunning national park in Quebec’s Monteregie region, which is only 35 minutes east of Montreal, has a unique history that enthralls visitors. A mix of indelible imprints consisting of gentrified wealth and religious devotion rests on this gentle mountain.

Read about my summer experience in the park detailing this history. Click  here 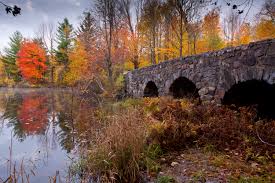 Quietude and pristine beauty cocoon the park. It continues to inspire visitors. Its colourful 4-seasonal vistas and multitude of surprises both natural and structural continue are a big draw – ever since it first opened in 1985. To date, close to 900,000 people annually leave their tread.

Small in Size, Big on Variety
The park’s small size (only 8.84 kilometres in area) is deceptive park; as  you wander under the canopy of trees a vital ecosystem reveals itself in a plethora of bird life (234 species), and closer to your feet – a maze of fabulous flora (574 distinct plant species). 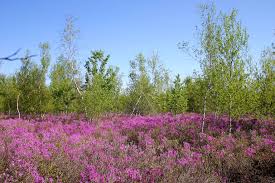 Deer appear on any given day – only part of the animal diversity: 35 species of mammals, along with fish and reptilian life – all zealously protected by Sépaq. Along with the activities it organizes, Sepaq ensures nature will continue to thrive in harmony with humans who constantly tread on the park’s hospitable paths of circuitous routes that frame Saint-Bruno’s five landmark lakes.

Cross-country skiing in snowy beauty on New Year’s Day
Having spent a full day during summer both on foot and accompanied by Sepaq park guide/warden Suzie in her ATV, I wanted to return in winter.
From the get-go, Mont Saint-Bruno’s welcoming Sepaq employees demonstrated expertise and enthusiasm. Take for example Rosalie at the ticket accueil who never stop smiling. And there there’s Sarah at the rental area who not only waxed my old skis, but suggested I try newer equipment. 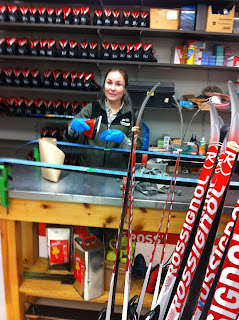 She selected a spanking new pair of Rosignol skis, boots and sleek ski poles (mine were too short). Looking at the trail map Rosalie had given me, she suggested I try trail 1.  Suzie took initiative to call upon ski patroller, Timothé Plante. My first day of the New Year was about to turn gloriously in sync with the outstanding weather. The sun was shining, a fresh crop of snow had just fallen, and it was unseasonably warm.


Timothé… a guide of unparalleled passion for the outdoors

Meeting Timothé was a godsend. Not only was he incredibly patient and considerate with me. His long time experience skiing on the mountain – he started at the age of four – came into play at every turn. Only 24 years old, this remarkable man already boasts exceptional immersion experience in the outdoors; he obtained a leadership adventure guiding certificate from B.C.’s  Trinity College. He has scaled mountains all over the world, including the Rockies, the Himalayas, and the Sierra Nevada in the USA. He recently spent a stint in Norway honing more of his skills, and had just returned from British Columbia where he skied, rock climbed and camped for long periods of time.

Hearing that I had not yet been on skis last month, he mapped out a “made-to-measure-route”. We began on trail # 1 and eventually merged onto trail # 5. The park has a 35-kilometre cross-country-ski network whose nine trails range from easy to very difficult. 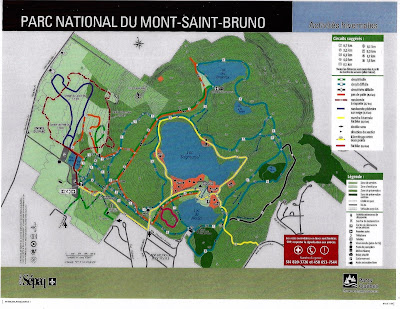 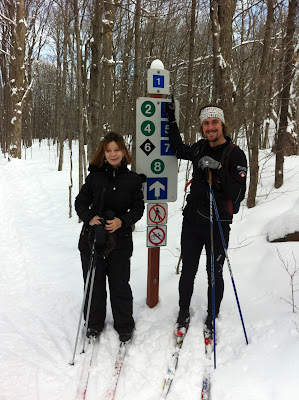 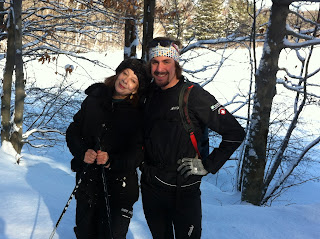 We followed a loop around part of the mountain that bordered Lac du Moulin.
(3 lake photos below taken by Jean Claude Honjik) 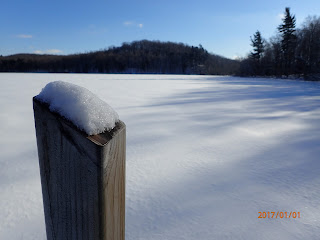 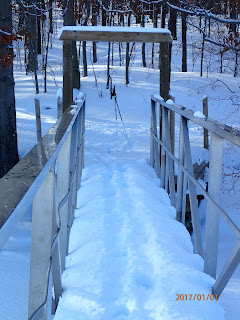 A terrain of tree growth amidst brooks greeted the eye at every turn. 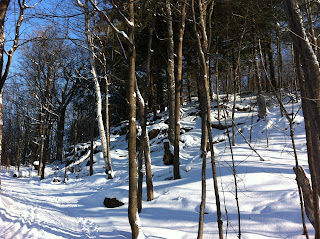 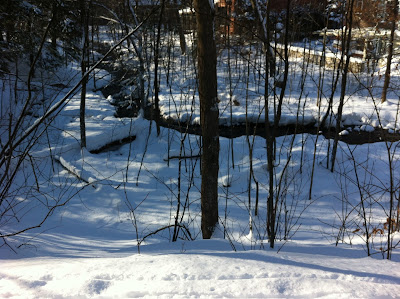 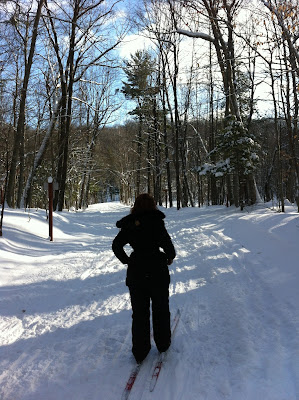 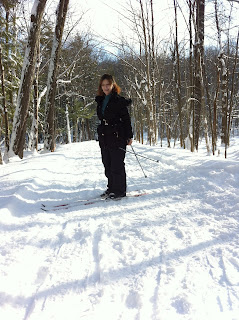 He always announced an upcoming “hill” I was about to descend. As time passed, my confidence soared. We had skiing a few hours, chalking up about 10 kilometres.   Scenic vistas transported me into snowy, tree-filled realms of ski-gliding delight. 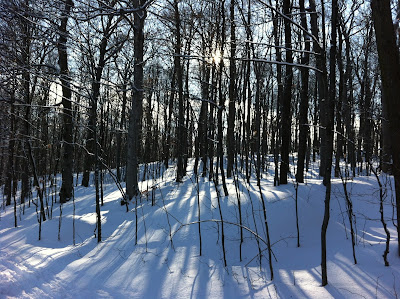 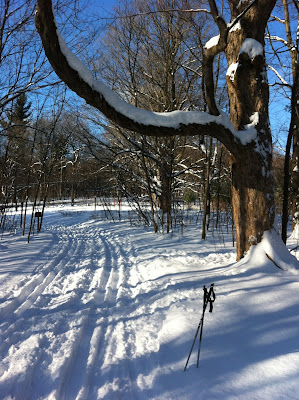 We went into the tea house - once an 18th-century mill. The teas and scones hit the spot. 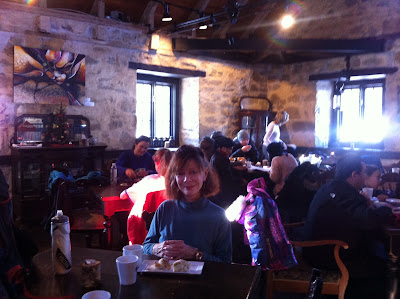 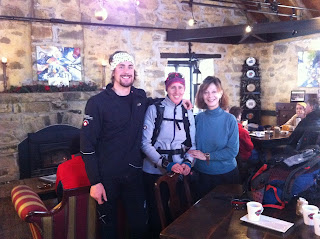 In fact, they are the only patrollers for its recreation ski trails.  Marie-Andray is also the park warden at Îles de Boucherville Park which I visited n the summer and this part November.

I loved my New Year’s Day. Perhaps I will return to explore its 3.7 trail of snowshoeing, or simply rediscover its three walking trails to enjoy the contrasting appearance of summer and winter. 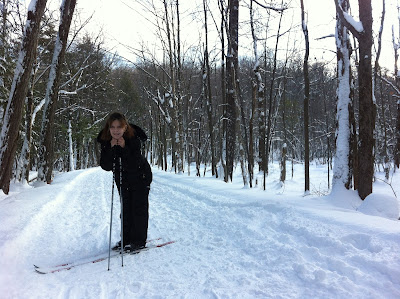 Skiing on the trails at night starts in February, and if you love biking, rent one of their fatbikes to ride away.