The festival runs from June 28th to July 14th 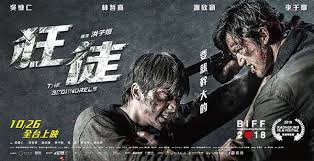 What a complicated gangster-good-guy plot! Hard to follow. In fact the many fight scenes almost steal the climactic effect of the whole film. Rui is a ticket car giver; but it wasn’t always that way. He was a star basketball player, but got dismissed due to a big fight he started on the court. He ends up working for a gang to pay the bills for the guy he had beaten up. But things go really bad for Rui when he sees a bloody body when he is issuing a ticket and feel a gun at his back. Rui is forced to comply with the raincoat robber – as he is called when he steals money from the private delivery  bank cars.


The guy ends up manipulating Rui and though Rui wants to escape,  but he can’t. The tables turn though when Rui decides not to be a patsy or loser anymore. He ends up following him to the finish. Bad guys don’t win in the end. This is Tzu-Hsuan Hung’s first feature and though terrible complex and hard to follow, he proves the Taiwanese are a force to contend with when it comes to film making. 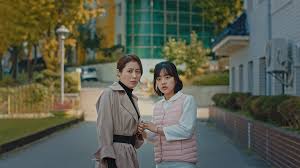 No oen shows up at the hospital after a compromising sex x-ray that hows no faces seems to embarrass the staff. Docotors fall sick and a lay boy friend fall thorugh one of the sink holes he himself is repariing. 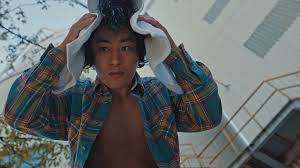 These holes are appearing everywhere. Nothing much ahppnes in this obtuse absurdist Korean film. Not one of their best, for sure.

THE FABLE (Directed by Kab Eguchi) ** 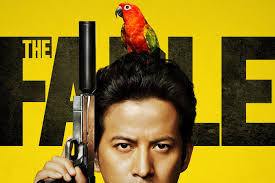 He's a trained killer/assassin, and he's put to good use to rescue  a friend who helped him once when he was pretending that a gang really was getting the upper hand while beating him up. The Fable finds a way to rescue her but not without hurting a whole lot of people. he is not supposed to kill people though; his boss has told him to lay low for a year.

He's got a tender sweet side; he loves his new bird, and he not only draws his gun, but cartoons too.

This slam-bang action thriller with yakuza melodrama hits the mark when it comes to confusing us and even the characters in the film. But all the elements are there for high entertainment: a psychopath killer,  lots of great super-charged fight scenes, Osaka's underworld is as tense as a den of vipers.

A trio of loan sharks extract money from others, and things become bad for those owing. Against this, is a backdrop of laziness, fatigue and shop keepers who are not exactly as they seem. A quirky film for sure from Korea that sets quietude against the undercurrent of violence. 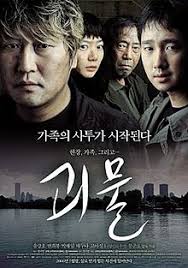 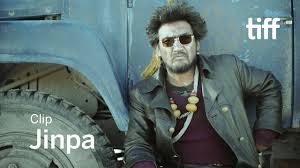 In the most barren frozen lands of  the Tibetan plains, a lorry driver travels. his delivery is cut short when he hits a big sheep and kills him. he feels terrible and spends most of his time trying to relieve his guilt. He is searching for a man eh picked up hitch-hiking who may hold the answer to meeting the man who can save his soul. Dreamy and out of this world, the slowness of the film and authentic feel works their magic over you. It's in Chinese and Tibetan language. 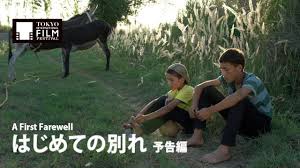 They are Muslim children brimming with values of home, family, caring to their goats, cattle and chicken. But the pressure to learn mandarin (the village speaks Uighur)  is overbearing, and if a child  fails in this subject-- as the little girl did – she/he will be shamed along with the parents during teacher/parent meetings. Adives is sought from the elders. 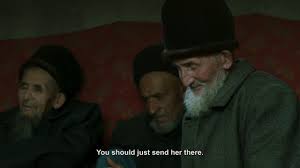 The time for picking cotton and trying to earn money is fast disappearing. City life is taking over their rural way of life. They must move to another city to improve their schooling. The film puts three children who ultimately have to leave their deaf. Mute mother behind in a home to make their own lives with their mom in a city. The lens gives us a touching day-to-day glimpse into one family whose conflicts and wise council come together in love and discord.  It is so authentic, one forgets this is a film. 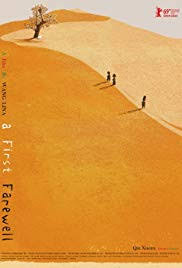 The cinematography is stunning.The music by Xi Wen is mesmerizing. This is Ms. Lina’s first film. Bravo! The children are not actors, nor anyone else in this film. Amazing! 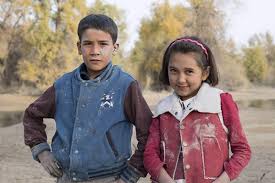 Posted by nancy snipper at 7:34 PM