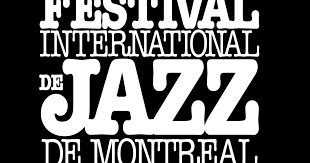 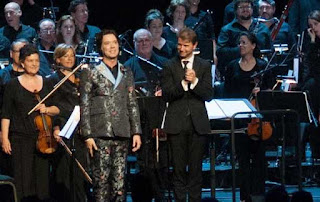 Prima Donna is Mr Wainright's first opera; and because of it, we discover yet another brilliant side to the singer/composer's artistic expression. What moving music! Highly French in flavour, this interesting creation highlighted a lyrical melody which seemed to echo the spirit of Bizet and Delibes. Several passages climaxed in melodic crescendos, poignantly pointing to Verdi, Puccini, and the darker parts to Prokofiev and Richard Strauss.
Thematically, the subject is a tasteful and highly stylized tribute to "Woman" and the "Feminine" as she lives through the inevitable sadness of ageing - how it affects her outward appearance, her own doubts and insecurity. 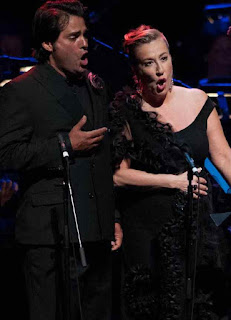 Specifically focusing on the late Maria Callas (portrayed with hypnotic intensity by Cindy Sherman), Callas -- the great Greek opera singer -- is a larger than life legend. Her unique voice and striking beauty captivated the world's attention - and this aspect carried through in Prima Donna by the use of close-up images. Cameo photos on the projected back wall screen in the film filled our own imagination. Baroque style settings and luscious costumed Cindy Sherman as Callas were richly highlighted in the film.

Just as Callas inspired the world, she herself was captivated by Queen Regine, a bust of which is first shown in the film. It was directed by the Italian genius, Francesco Vezzoli , and it featured his inspiring soundtrack. Scenes of Ms. Sherman (portrayal alluding to Callas) at various stages of ageing, singing at the piano, taking off makeup and studying herself slowly, move across the screen enhanced by frequent fade-ins and fade-outs that beautifully flow in a synchronized, symbiotic manner to the emotionally rich terrain of the singing and the orchestral symphonic music -- perfectly performed by the a symphony orchestra under the baton of the vibrant American maestro, Jace Ogren.
The performance only featured some parts of the opera. Still, we glued to our seats. The artists who sang were sublime; their lush yet varied vocal totality along with their obvious connection to the characters they portrayed effectively claimed our admiration. 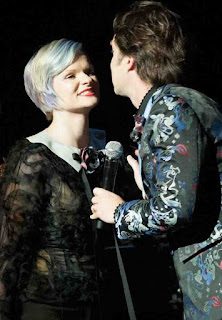 Soprano, Kathryn Guthrie who reached notes that surely exceeded the highest upper C stunned us all.


Soprano, Lyne Fortin, who
sang the lead, was exuberantly beautiful. Her deliciously round voice is rich, emotive and it was perfect for the part. 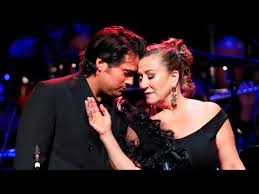 Tenor, Antonio Figueroa was so tender, and his voice is sweet. 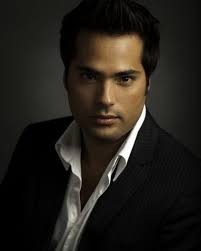 The opera is a stand-out. It will surely mesmerize audiences in where it will soon be performed.
Post-intermission, Mr. Wainwright shared the more familiar side of his musical artistry. Whether at the piano or in front of the mike, dressed in an elegant sparkly silver suit created by Zaldy, his musicality spills out in a non-stop flood of love. Head swaying, and arms moving gracefully to the fluid and periodic cleverly punctuated rhythms that mark his original songs showed how much music lives within him- his voice is so smooth - his range and his ability to hold a note for an eternity is astounding.
Charming and always humorously self-mocking when referring to his French, though he did hold his own in the language - as proven in his hypnotically beautiful song, "Les feux d'artifices t'appellent" which he played at the piano, as he did several songs: "Cigarettes and Chocolate" and a sonnet song from his latest album, Let All the Loves In:: Nine Shakespeare Sonnets. I loved, "Going to Town" and "Oh What a World." His sister, Martha joined him on one of his late mother's favourite songs - and she appeared on stage again with two cousins for the final encore number - the iconic - "Halleluja".
It was frustrating that such a complex concert offered no written program for the public; nor were there electronic super headings in either language as the opera (in French) played out. Thus the opera lost a vital concomitant element, and as one French couple said, "We caught only some words as they sung." (Regardless of language, opera librettos are often lost during a performance in "ear translation." 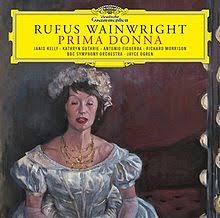 One hopes everyone reading this will go out - if they haven't already - and purchase Prima Donna, currently playing at Montreal’s International Jazz Festival.


How rare to hear an opera knowing the composer still lives within our midst! 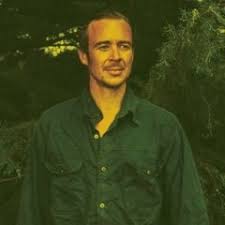 The singer, Archer, from  opened the evening. His vocal style is little bit skiffle and a little bit old time. His catchy vocal tremor is such a throw-back to days gone by. His songs about the outback, nature, death of a family mother, hobo days and kangaroos and cars were highly original. “The Greatest Symphony on Earth” about love-making surely showed his risqué sense of humour. Still, I was not sure if he was comfy in the theatre’s performance arena.
He was so low key, rather shy, and although his stage presence was interesting, his delivery might have been more appreciated at a café house. His songs are lyrically rich, but his diction seems to reside between his teeth; he was hard to understand. One suspects he is far more a songwriter than a singer. He’s the real raw deal, and for that, I admire him greatly as an artist. 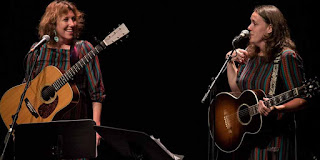 WAINWRIGHT SISTERS: BORN TO SING TOGETHER

Although they live miles and miles apart, Lucy Wainwright Roche lives in , Martha Wainwright in Saint-Sauveur, these two sublime songbirds belong on the stage. Lucy has a voice as heavenly and as pure as Joan Baez’s. It’s pitch perfect and true folk. Martha’s voice is a mix of Emmylou Harris, Alison Krauss, Dolly Parton and Bonny Raitt. The variety of textures in her voice is astounding. She is more kinetic on stage than her calm sister, but both hold us in their vocal grip. 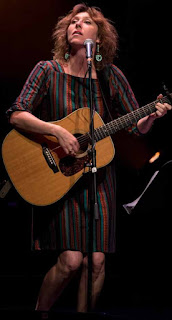 the minor key; yes some were slow with lyrics about creeping shadows, but their haunting beauty and sometimes lonely and sad images were so beautifully rendered. Such moving melodies with perfect harmonic nuances -- the chance to slumber was overshadowed by awe.

In “Baby Rocking Medley,” they offer wailing newborns up for adoption willingly, while on a cover of Richard Thompson’s “The End of the Rainbow,” you feel -- yes this is what Lucy said – the most depressing of their medley. The song says: “There’s nothing to grow up for anymore,” and one believes this is the real song that hit the most morbid of lullaby songs in the repertoire delivered in the concert.

Laughter spread through the audience when , Martha’s little son, came out holding a violin and bow, tried to sit on the too-high stool, and then never really played. He just kept looking up at his mother, waiting for his cue. At the end, he took a bow, and we were so amused.
Both ladies were great at playing off one another, sharing funny anecdotes, and tell-all disasters, including one about their matching dresses which alluded to a dress story about Rufus; his garment gift to the two of them has gone into the garbage. Even their father Loudon Wainwright III was not off limits. He is an insomniac: “Shut up and Go to Sleep” (their last song for the evening), was totally appropriate for the theme of the evening. Cleverly comedic, Lucy has this low key drawl humour that is subtly delicious. She added just the right punch to Martha’s more intense stage presence and anecdotal candidness.
I loved this concert. 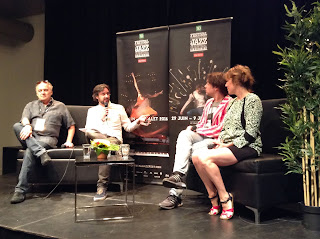 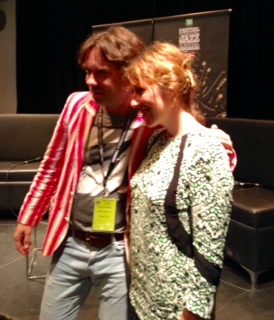 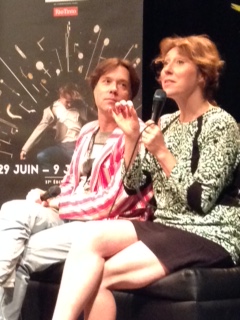 In 1985 I had the privilege to be called upon by the great Kate McGarrigle to live with Rufus and Martha while she toured... as long as I taught them piano.  I didn't even know them, nor she me. Their talent was obvious even at their very young age.

Imagine how nice it was to be reunited with them decades later during this press conference. 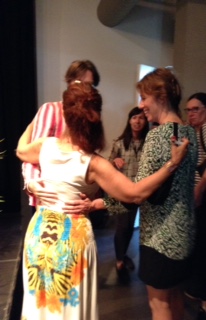 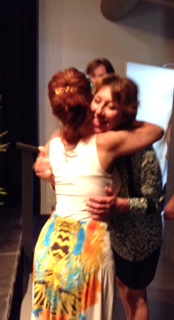