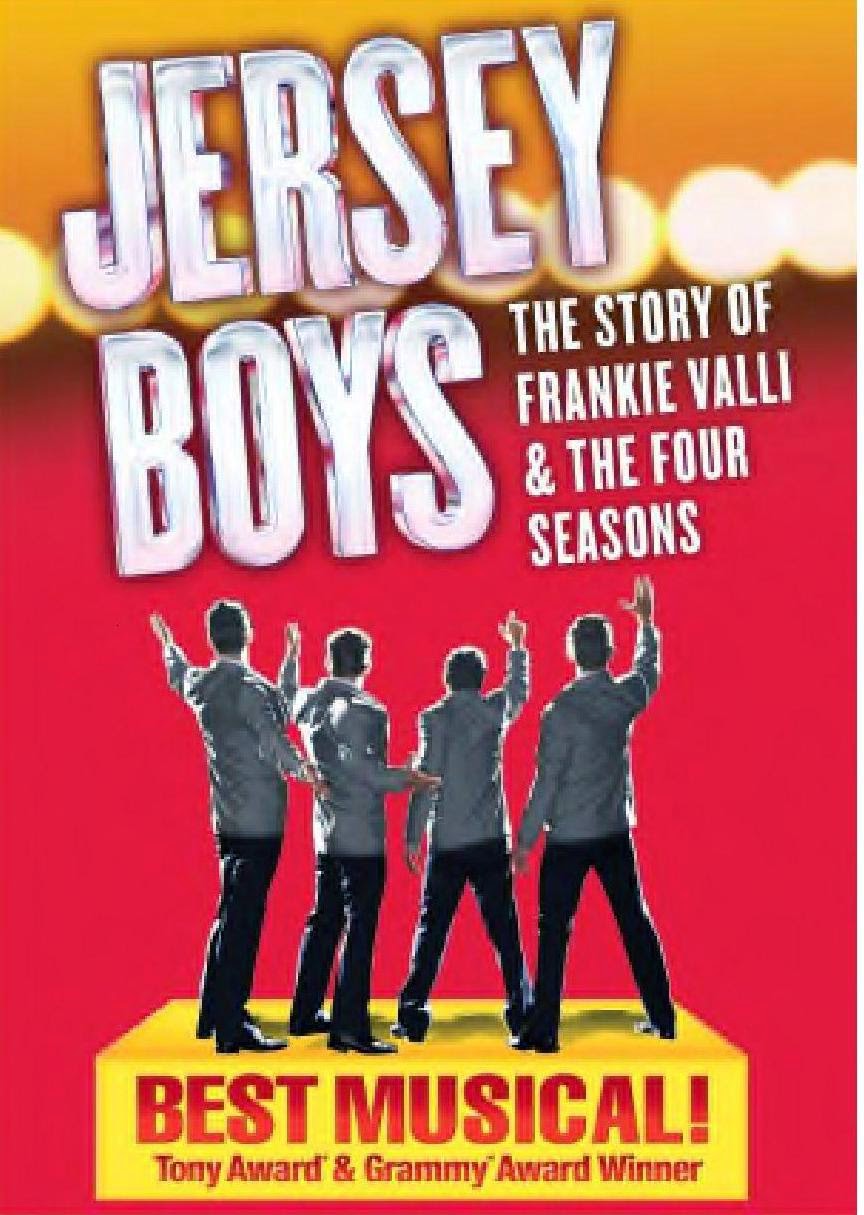 A Marvellous Musical! about Frankie Valli and the Four Seasons

Wow! This frenetically fabulous musical dazzles us as it charts the rise of Frankie Valli and his three talented friends: composer, Bob Gaudio, long time sketchy go-getter and gambler Tommy DeVito, bass boy, Nick Massi and the group’s lyricist, Bob Crewe.  Spectacular harmonies blend to bring to life this iconic 50’s group that spilled out hit after hit. The production offered a back screen animated with comic book images and names of the various clubs that the group performed in, such as the Strand in 1953.

The Silhouette and the Sea Breeze Diner Club; they lit up the back like marquees to highlight the group’s stage gigs and the pictures vividly created the innocence and tenor of the times. The set was framed in a huge metal grid that sported a staircase.
The story of the Four Seasons is one wherein the singing boys traveled together through deep valleys of setbacks, but undeterred they eventually soar to high performance mountain peaks.
What I loved about the production was the zippy non-stop presentation of the story within a musical framework that left no stone unturned. Medley after medley imbedded itself into the various episodic segments of this group that endured decades while others had one-hit wonders and faded into oblivion.

Dance numbers, a great band and the superlative staging and direction by Des McAnuff created the success as the hyper lively pace superb music showed off the stellar acting and musical talents of all: Drew Seeley, Keith Hines and Nicolas Dromard. Hayden Milanes was Frankie Valli incarnate. What a voice! His stamina was truly a feat of nature, as he was constantly acting, singing and moving. He even pulled off a fast out-of-nowhere James Brown splitz.

All were great: These veteran actors have appeared on Broadway and toured onto a slew of prestigious stages rocking the world with their musical talents. The Jersey Boys is one of these feel-good productions that have you singing Sherry, Sherry Baby as you leave the theatre. Get ready to keep up with the electrifying pace as the story about this timeless – The Four Seasons and their main star, Frank Valli is revealed like never before. 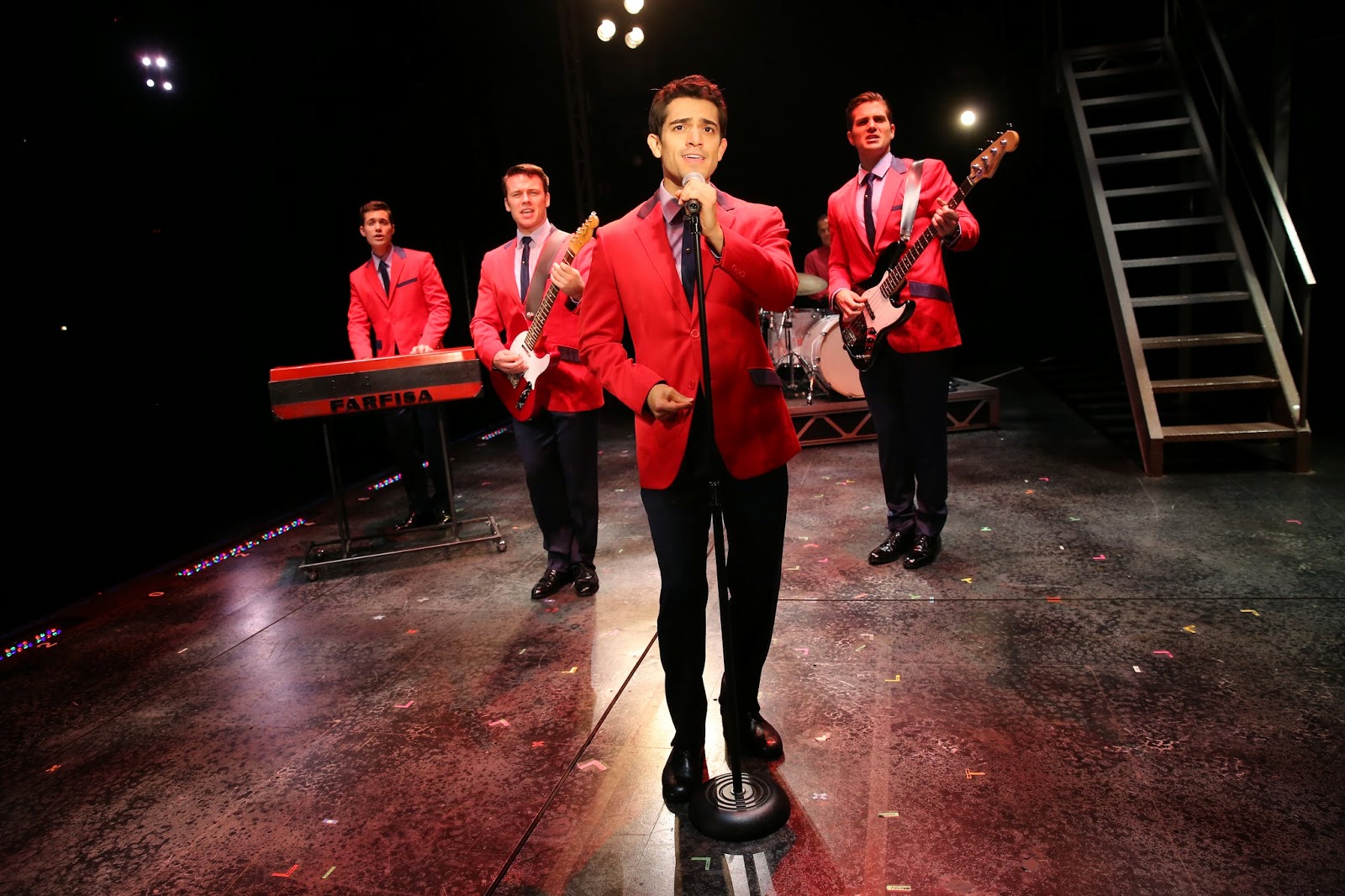 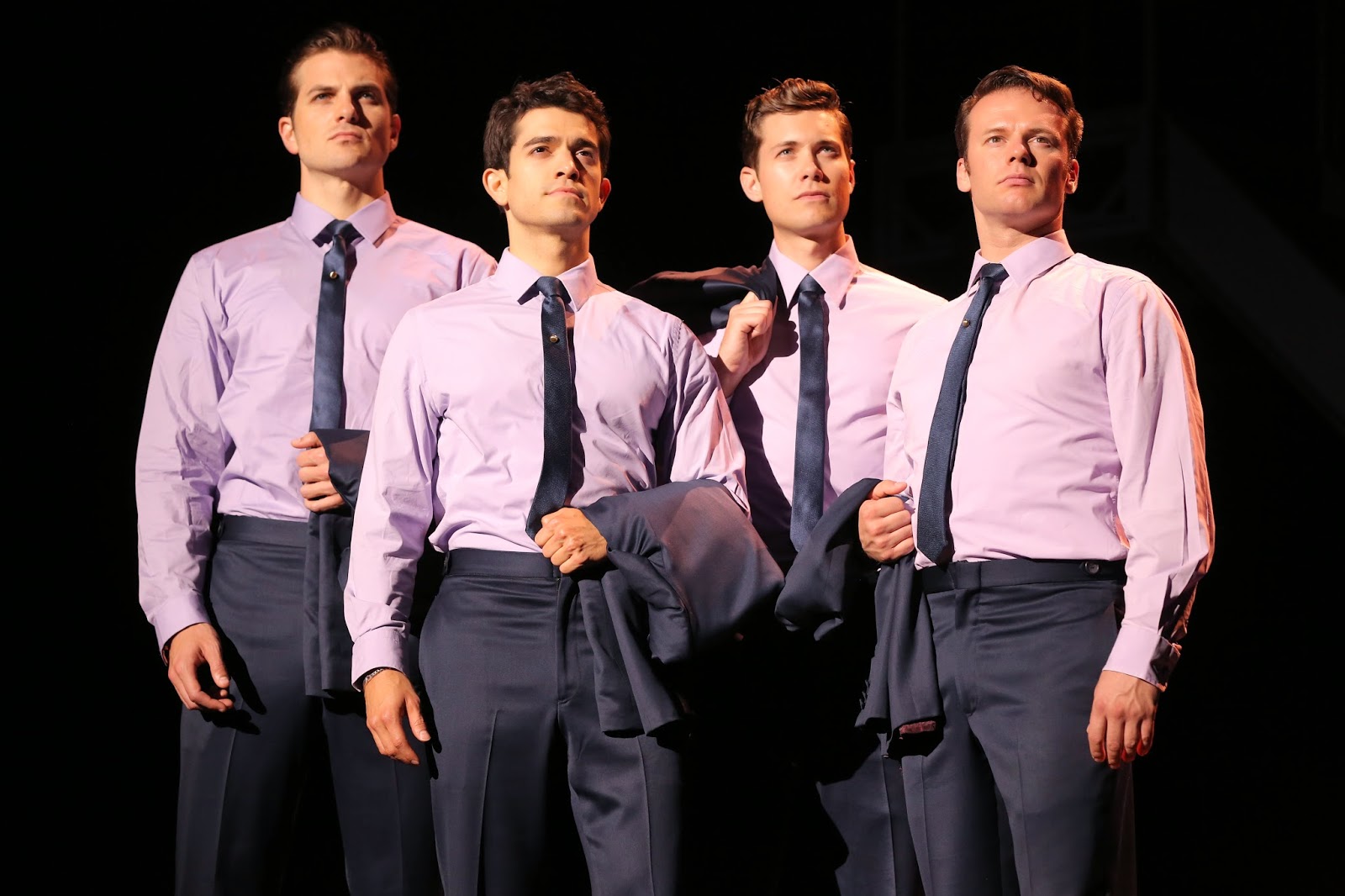 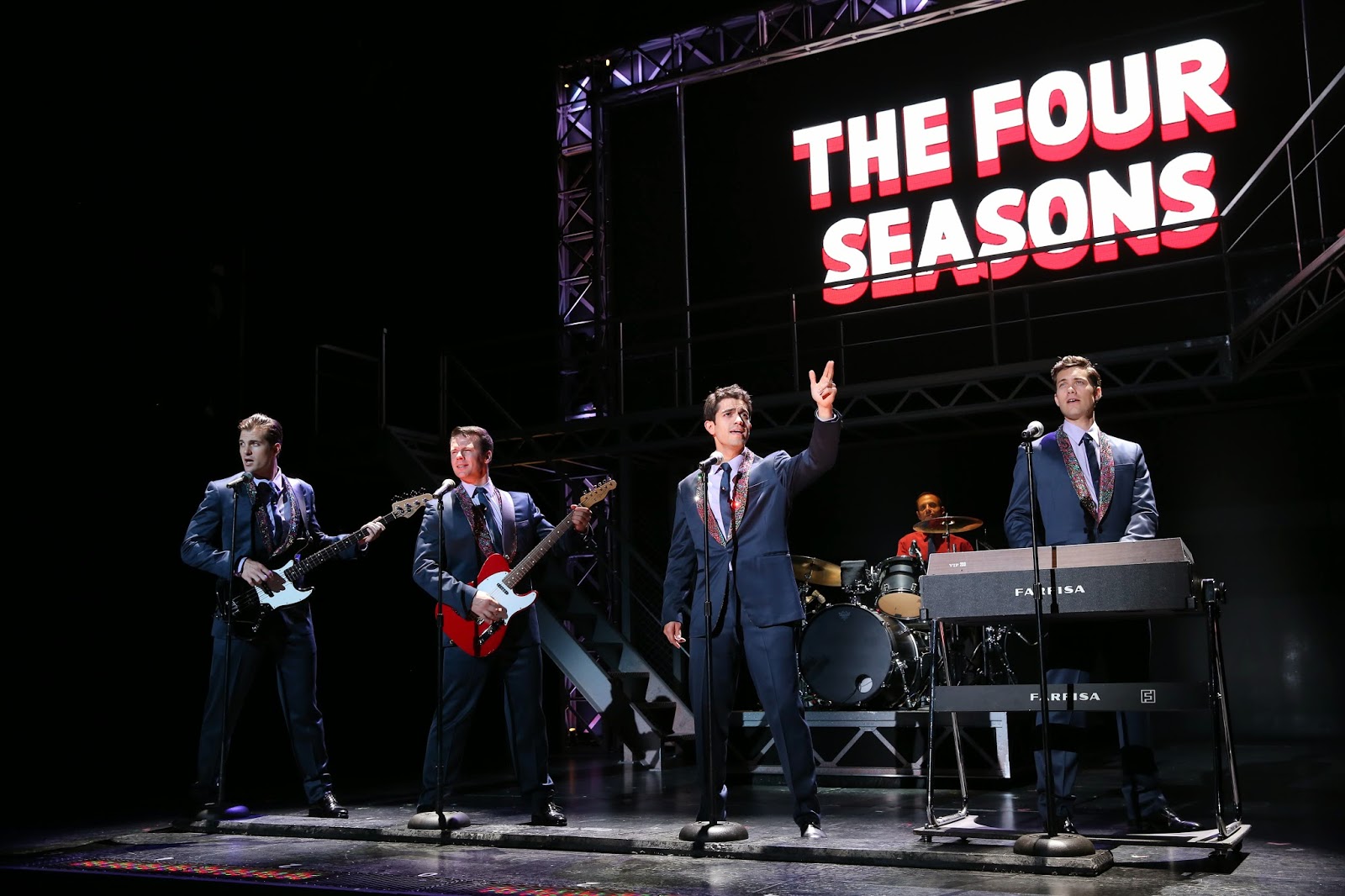 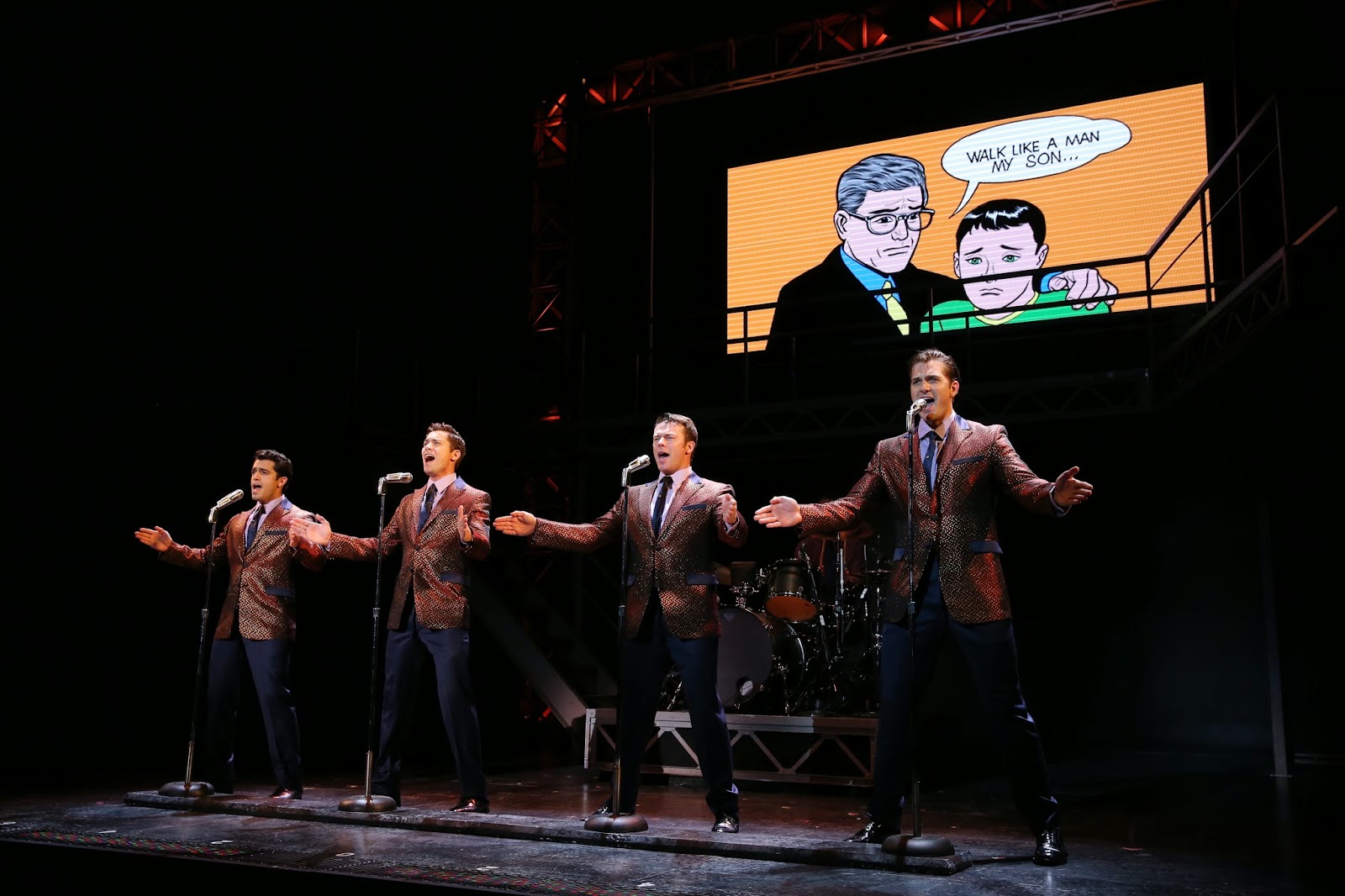 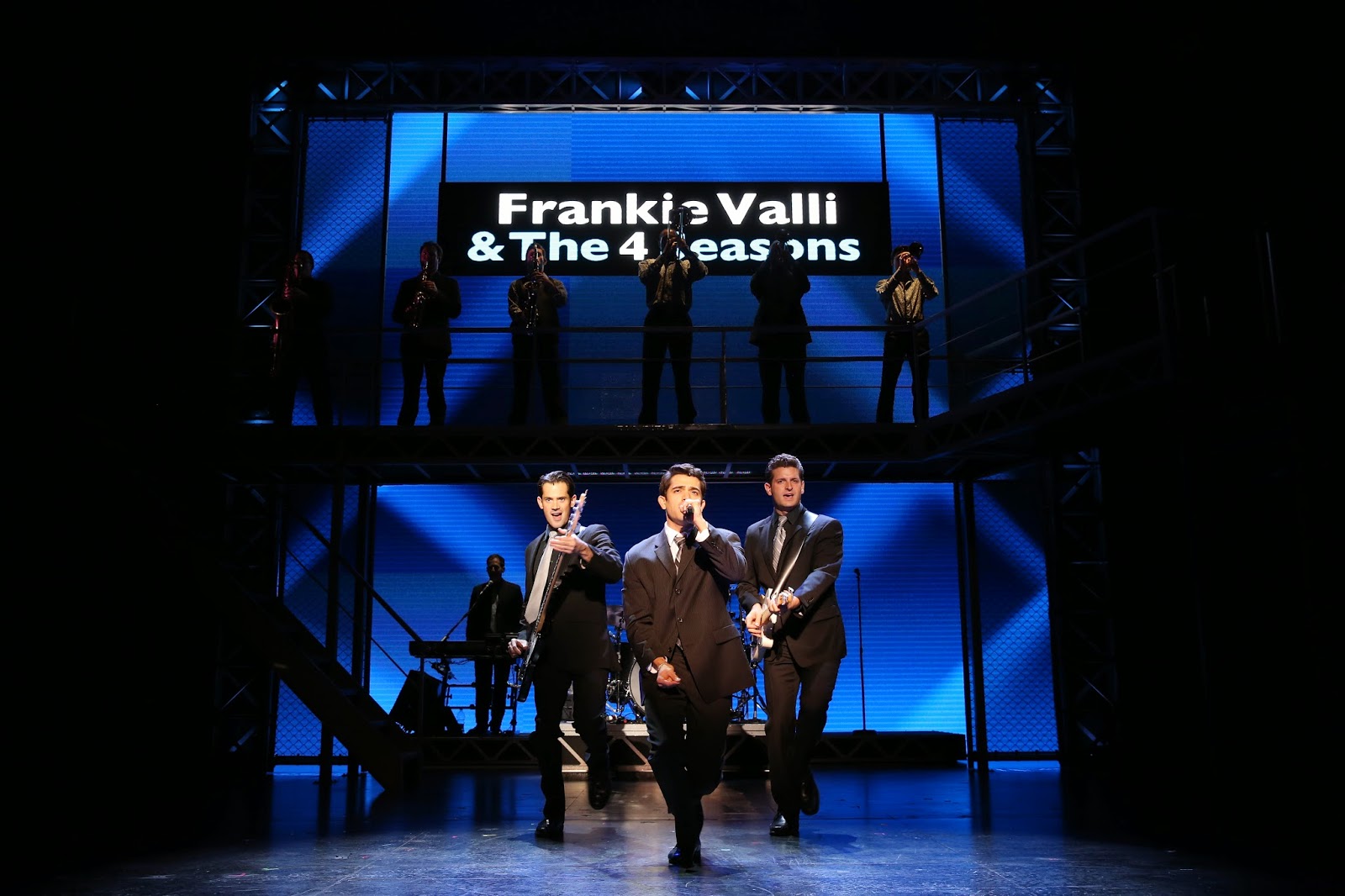 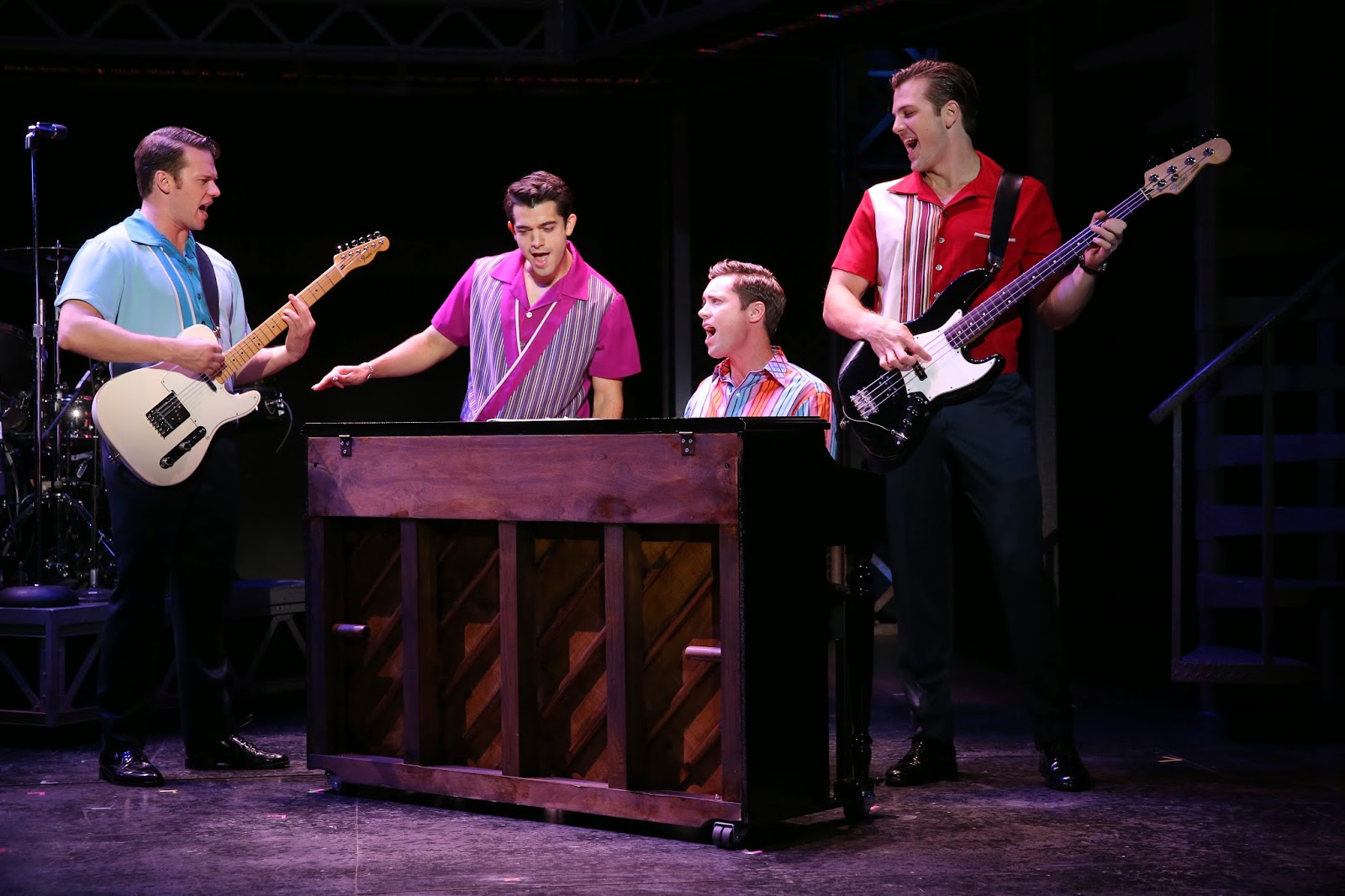 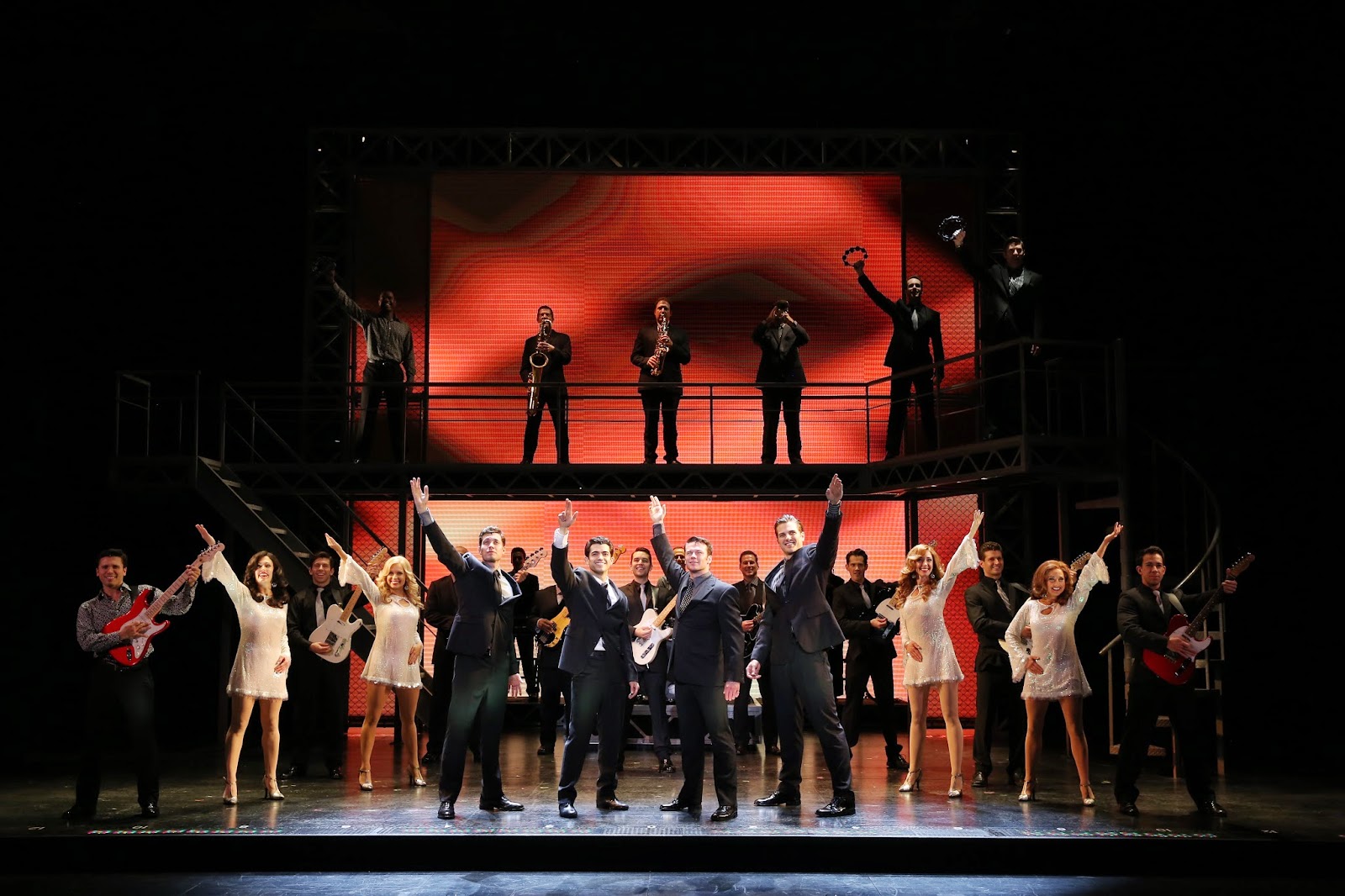 Posted by nancy snipper at 4:00 PM