THE PURITY OF VENGEANCE (Directed by Christoffer Boe) ***** 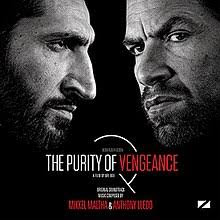 A great plot based on one of the worst moments in Danish history the sterilization of women considered to be troubled, defective and then some. It happened in the early 20th- century and ended by government decree in 1967. The plot puts two unlikely partners together, one Muslim – the other born in . The tall Muslim partner is about to be promoted and it would seem his partner does not care. Their names are Carl and Assad. When they encounter a gruesome scene of four skeletons, trapped behind a wall -- all seated at a table with jars holding some of their innards a huge can of worms are opened and the story opens on past events that slowly reveal the true story about how these skeletons got there. Based on the best-selling novel this film, the highest-grossing in ’s history shows an ugly side to the Scandinavian state hailed as a modern-day utopia by most. It’s a skeleton that has come out of this country’s closet –so to speak.
Posted by nancy snipper at 6:32 PM