I`m in Heaven with the voices of Il Volo! 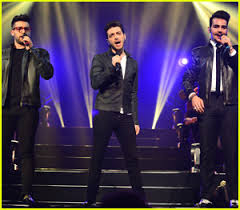 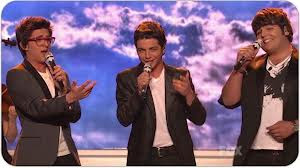 Once in a century, music is turned on its ear by a new sensational group. This year, the group is Il Volo, It has hit the world like a big pizza pie flying into the air, sending amore vibes into everyone`s ear. The sound that comes from these young men's voices is indeed heavenly. It is hypnotizing. Their average age is 17. They are untrained but they are managed by two producers who are closely aligned with Andrea Bocelli and Celine Dion.

I ended up one night at their show in Montreal held in Place des Arts. I had neither ticket nor any plan to see them. A woman named Sarah who was in charge of concert audience management and the Meet and Greet folks - all of whom had paid big bucks to go backstage and meet the three gorgeous guys, insisted I attend and take part in meeting them too. Sarah saw my journalist credentials hanging off my neck. I was returning from the Montreal World Film Festival, and so she thought it a good thing I hear them.
Not being interested in pop Italian opera, I expressed a passing  interest, but once she handed me the ticket and looked earnestly at me saying their manager would love me to go backstage and meet them and hear the concert, I agreed. I really did not wish to disappoint Sarah. I am so glad I did! I have never been so excited and thrilled by the music and spectacle that dazzle my ears and eyes.
Elegant and suave, their sonic beauty was heightened by lighting and projections on the back walls of scenes from a Charlie Chaplin movie (when they sang ‘Smile’), and watercolour animations of love images.
These darling young fellows put on a splendid show, joking and making comments with their thick Italian accents to members in the audience, but it is their voices, alone and together that make you believe there really is a heaven - one ringing with celestial romantic songs and upbeat ones too that stir the soul and sizzle the body. They are hot!
No matter the song, each singer mastered the phrasing, pitch and emotion with passion and impeccable timing.
I will not list the songs they sung, but if you go to their albums and check out You Tube, they are all there. My favourite for the evening was El Reloj (a song about eternal love being bound up in time passing). I did not want this concert to end. I wanted all time to stop. I was exhilarated by my evening of magnificent surprise, intensified all the more when Sarah called my name to meet them backstage in a little room where she insisted my picture be taken with them. ''Gianluca, Piero and Ignacio - having you near me made me feel light headed.'' I was flying high for the rest of the week! 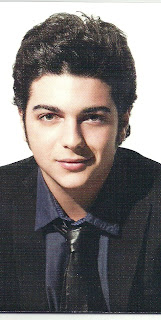 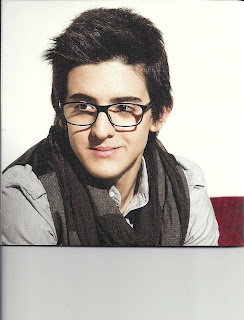 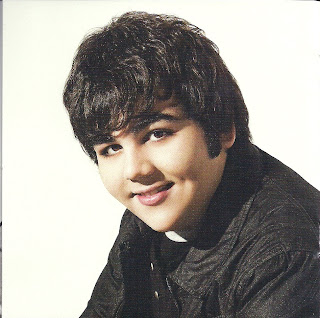 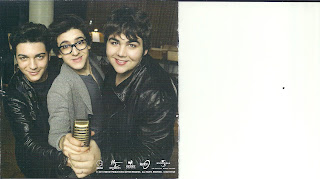 Posted by nancy snipper at 9:06 PM