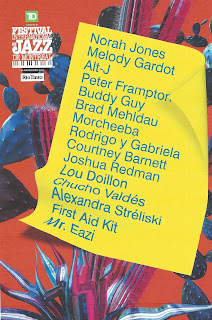 International Musicians Make their Mark
Montreal's International Jazz Fest  celebrates its 40th years by dazzling audiences with iconic world-class international artists. There are fifty indoor concerts in 11 different venues in and around the Quartier du Spectacles. Seventeen countries are represented in the VIP line-up of  solo artists and groups, including legendary musical masters and up-and-coming artists  for the audience to discover. The styles are eclectic, innovative, and some -- reassuringly familiar. The palette is as colourful as Montreal itself. 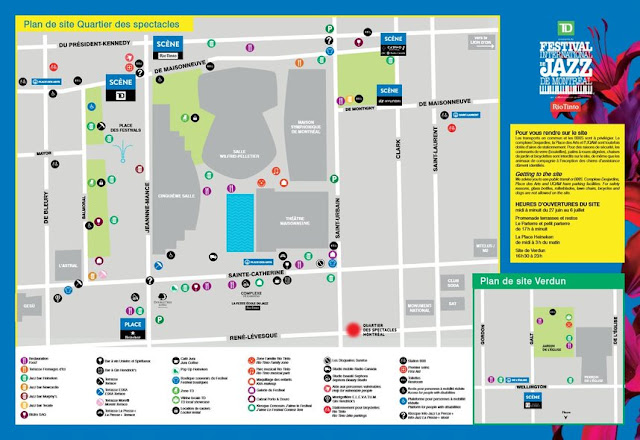 
For programming, concert locations and tickets, visit the website
www.montrealjazzfest.com

Verdun Now on the Musical Map!

This year, there’s some pretty exciting news for jazz genre lovers about the International Festival of Jazz. The festival has enlargened its sphere of performance venue as it brings fabulous live concerts to . explodes into a hot bed of jazz fest enjoyment, with performances by great local musicians whose talents can finally be appreciated by the crowd of festival fans. No more having to go downtown to hear great local artists.

“The idea was, if you don’t want to come to the Jazz Fest, the Jazz Fest will come to you,” said Laurent Saulnier, Vice President of Programming for the festival.

Verdun is not just celebrating its first on-site Jazz Fest concerts, but it's now also home to the first satellite set-up for the festival.

Saulnier also highlighted the total local aspect to this year’s festival, He noted that making local artists and areas the focal point this year “just made sense”. 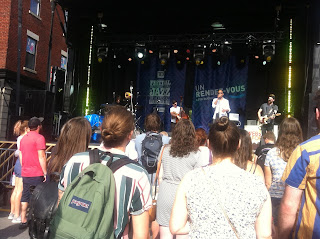 Webster and 5 for Trio 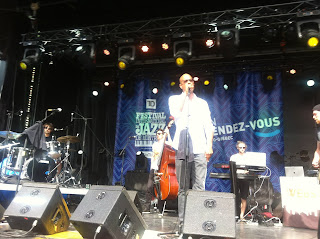 Wow! This French rap artist delivers the gritty goods with passion and authenticity. His themes are about love, xenophobia, racism and everyday oppression. His band plays to perfection with rhythms that punch Webster's messages. 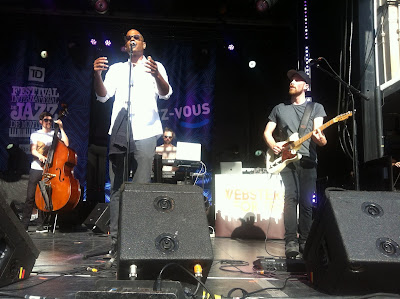 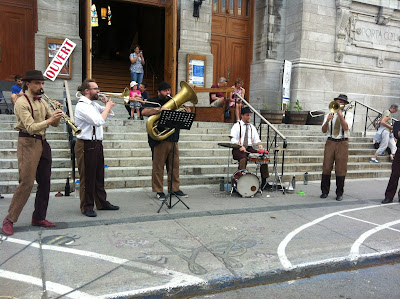 This six-piece band is delightfully unique in the waltz music it brashly performs. Its vintage spin fires up the rhythms and sounds of the world, mixing Columbia pasillo and Brazilian chorro in waltz beat that brings nostalgia to anyone dancing feet. The brass band's  leader, Aurelien Tomasi plays a passionate clarinet like there's no tomorrow. Tuba, trombone and tympani make it all sparkle. 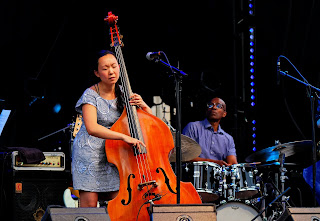 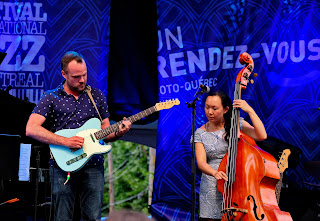 Linda May Han Ho Quintet brought ecstatic joy to Verdun audiences. Born in Malaysia, raised in Australia and living now in New York, she play bass and composes. She's currently the bassist for the Pat Matheny quartet. A fascinating musician, she just finished her 4th album, Walk Against the Wind. It's a masterpiece. 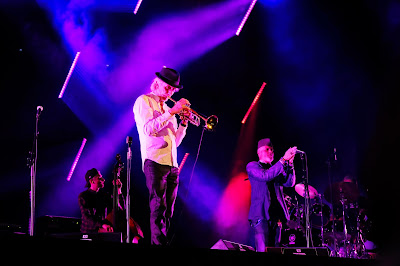 Eric Truffaz blows that trumpet, and the world stops to listen 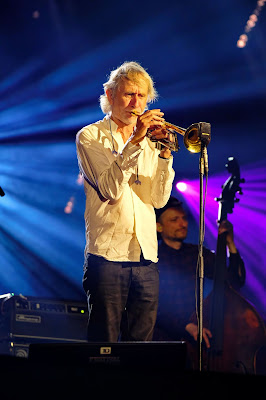 Jazz trumpeter  Eric Turfazz  lit up Place des Festivals blowing his trumpet to titillate while treating us all to his compositions from his landmrk album, Bending New Corners. Truffaz should change his name to Truejazz, because his trumpet playing merits to blast into his name. The concert included  his friends who added their own taut twist. We enjoyed them all: guest rapper NYA, and long-time musical companions: bassist Marcello Guiliani, drummer  Marc Erbetta and pianist Benoit Corboz

The name says it all. This  blues powerhouse gang gets the Afro-American beat into a Mississippi heat wave that embraces all the down-south flavours you can imagine. The band hails from Chicago but their  soulful appeal is world-wide. Songwriter and harmonica player Pierre Lacoque is a god. 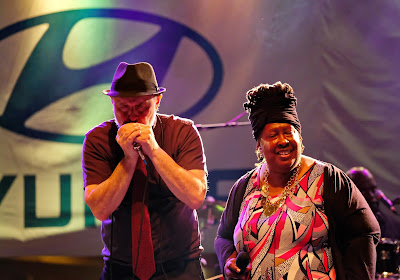