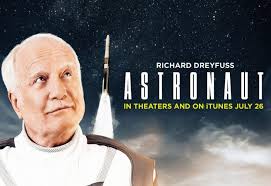 The best film ever to grace Fantasia since its inception 23 years ago in its genre. It is so intelligent and sensitive.When an old retired geological engineer discovers there’s a contest on inviting people ages 20 to 60, to go to space in the first ever commercial launch, Angus is visually on board. His dream has been to go to space. He is obsessed with it in fact. 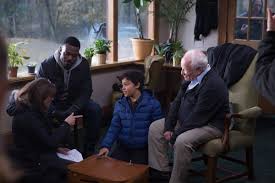 This film is certainly about dreams, but it is also about transcending family problems and never giving up on anything. Richard Dryfuss was brilliant s Angus. I cried at the end. Touching, funny and oh so real, this is the film that pretty makes all other films in this festival look like films. Astronaut overcame any contrived look, pretensions and obstacles. and took us to the stars.

Posted by nancy snipper at 6:38 AM