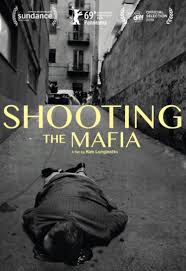 This compelling documentary shines a great lens on the Scilian photojournalist, Letizia Battaglia. Once an actress,  she marches to her own drum. She is fierce, brave, honest and warm like the heat of where she lives. A gifted photographer, ’s first female to hold the lens up up, she tackles mafia crime, bringing murderous mafia members to justice. She left an oppressive marriage to begin her career in 1971 while raising three daughters, she found herself in a swarm of machismo powerful men, but never cowered, preserving her vibrant values to seek justice. 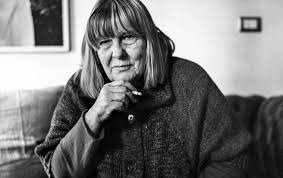 It was very moving to have archival testimony from two of ’s greatest brave judges, but one was gunned down: Giovanni Falcone; the other blown up: Paolo Borsellino. 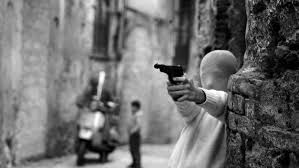 She is really the first female to fight against brutality in he country, using her lens. Viva the individualists who put everything on the line for freedom and justice. Is it any wonder, her lovers were young men!

Posted by nancy snipper at 9:08 PM