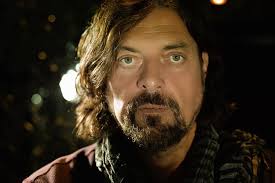 It's been fifteen years since the release of the last album by this engineering.producer/composer (he calls the latter"doodling" on the piano, and then things). Clearly, this new album has its own nostalgic vintage flavour. Taking over a year to make, "Secrets" is really a call to the past, but but uses all kind of new tech equipment housed in his recently build California studio (whose grounds are graced by the avocados he grows). 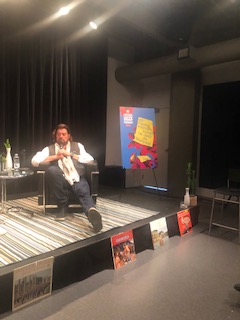 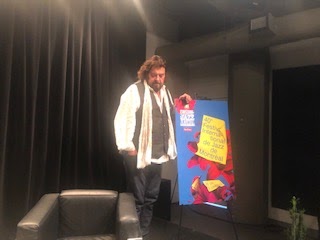 Parsons highlighted the collaboration on the album. Jason Mraz joins parsons in the soft-rock ballad, "Miracle". Amazingly, he has never met Mraz.
"It was all done by the internet, revealed parson. "Jason recorded his vocals in Dallas while I listened in Santa Barbara and we sent files back and forth, resulting in this song".
Parsons also added the same way of working was done for the track "Sometimes" with Lou Gramm, the original front runner for the band, Foreigner. The great Steve Hackett plays guitar
He said one of his favourite tracks was "One Note Symphony" which is sung on a single note,. parsons said the song is a kind of anthem for the moon landing. It makes a strong musical reference to the scientific principle that the universe has a frequency of 7.83 hurts. "We're going to perform this song at Cocoa Beach which is very near the Kennedy Space Centre. The lyrics have a  space-age vibe. Finally this genius composer has just received his first Grammy award. he's been nominated 13 times,  it's about time he got the Grammy. What was revealed in this press conference was the other aspects to Parson's passion. He loves magic. "I got a deck of cards when I was nine years old and began to do magic. I have a big magic collection. I am very involved in  this art." His album "Secrets" has its own kind of magic and mystery; he pointed that out. When asked how he views science (the engineering part of him) with magic he quoted from  Arthur C. Clarke: Any sufficiently advanced technology is indistinguishable form magic." he stated that the some pieces on the  11-track album are referencing magic: The Sorcerer's Apprentice, le Soiree Fantastique and Miracle.
Parsons is a flautist, guitarist, pianist of most genres, bassist and more. Nothing about the man who has worked with just about every iconic band on earth can surprise us - or can it? It's a secret we want to hear that is now resounding around the world.


Concert Review
It was a spectacular sound and light show with all the fury and fabulous fuzzy sounds one would expect from Alan Parson's intricate engineering and compositions colliding and intercepting in a confluence of appealing melodies. The seven musicians were beyond compare, and the vocals were outstanding.
The opening number off his  latest album, "Secrets" referenced the galaxy. Indeed the entire concert seemed to reflect endless time and the mystery of it all.
"Time forever, time gone. Time is flowing like a river. Who knows where we shall meet again?" This was a line from one song, and it seemed to be the poignant anthem for the concert.
Parsons sang three songs. His child-like voice is soft and gentle as are the lyrics. He sang about no regrets,  love and  the confluence of lives with time flowing as heard in  Miracles -- a track on   "Secrets".
Limelight gave us the copiously powerful vocals with  these emboldening lyrics:
"Nothing's gonna change my mind, Limelight shining on me, telling the world who I am ".
One loudly brash song offered this lyric: "I wouldn't care what you do; I wouldn't want to be you." There is defiance in his instrumental arrangements and in lyrics too.
His  band featured two extraordinary singers,  a brilliant guitarist along with tow other guitars playing, Including Parson, himself -- loudly bolstered by saxophone, bassist,  three guitars, drums, and keyboard -- all plugged in and super loud.
One stunning instrumental featured ghoulish flavours and vibrational sound effects.  It seemed to emulate the cacophony and chaos of the world. It was mesmerizing and the crowd went nuts at the end.
One of the two lead singers sung a moving song whose lyrics resonated with everyone: "If it's getting hard to face everyday, don't let it show; though it's getting hard to take what they say, just let it go."
The band played non-stop for over well over an hour. the stamina and musical prowess of the artists awesomely engaged us with the signature sounds that  can only be made by the great Alan Parsons. I wish the lyrics had been up on a super, as often the instruments drowned out many lyrics. I also wish Parsons had enlightened the audience more about his new album. Sadly when the members of the band were introduced at various times, it was very difficult to hear their names. The instrumentals were overstated but the talking was very understated. Still, it was a gorgeous cluster of Parson's signature sounds whose intricate compositions held their own secrets that only geniuses can unravel.
Parsons is a quiet man; his music is where we hear his most influential voice.

Posted by nancy snipper at 1:59 PM