FNC Blows the Lid Wide Open with Films of Truth, Tears and Trauma

ADULTS IN THE ROOM (Directed by Costa-Gavras) **** 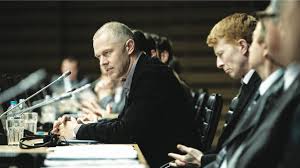 If you really want to know the truth behind Greece’s debt crisis and the world orgs that completely fuel it with animosity and non-compromising stubbornness, including IMF ECU and more,  then just watch this compelling biopic, and witness the horrendous struggles the newly elected Greek government (2015) had to endure at umpteen meetings during which,  finance minister Yanis Varoufakis tried repeatedly to get the head of the MOU to examine his plan for restructuring of debt payment and the austerity program. Grouped together, the three orgs were called Troika, and they were hell-bent on destroying Greece. 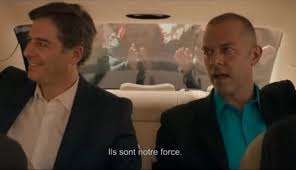 No one would heed him, and in the end when the referendum was put to the Greek people who voted to get out of the Euro, the vote came back as leave it, yet betrayals were all around. Greece ended up going with its arch enemy the MOU who threatened to shut down Greek banks if they would not go with them. This  movie reveals  another side of the story - one that turns the notion on its heels that Greece is a greedy, non-compromising “Mediterranean narcissist” (term used by the head of the MOU who blocked any progress) to get Greece back on its financial feet.

Too slow and too many confusing pot shocks that can’t have you remembering who is who .  It starts out well with Jim, the protagonist who is no one’s friend in the restaurant business. He inspects restaurants and finds all kinds of issues. His daughter, Veronica conducts a school orchestra and tours with them.  One fo the students falls for her, but then again together they simply make a fool of the bus driver who relaly thinks they are having an affair.
Veronica is a vicious hidden jealous lady who is in jail for good reason; inffact she admits she needs ot stay in jail. The other star in this film is Benjamin bunny, a rabbit who father and daughter love.
It seems the father falls apart, the story descends into a rabbit’s den that seems to live in undergrounds shadows that the audience does not quite wish to see.  There isn’t a light moment in the film just a lto fo dark absurd ones.Not my type of film at all.

THE SONG OF NAMES (Directed by François Girard) *****

Like the Red Violin film of the same director, this wonderful moving film sets a great friend on a n international path to track down his old-time friend, the great David Rapaport who disappears on the eve of a concert performance in London. David and Martin grew up together in martin’s house. David was a genius violin prodigy. The loss of his family in Treblinka totally turns him against his Jewish faith and he runs away from the world. Luck has it that he ends up in a ghetto of Jewish men who in a book the names of dead families lost in Treblinka. David was not sure if his family was still alive. A song of memory lists all the dead souls and David does find out their fate. Martin spends his whole life trying to find his childhood friend.  Will he? The editing between past and present really shone through, especially at the end, where it all came together in one violin performance in the meadow of Treblinka. 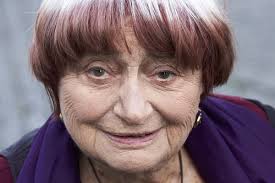 A unique director whose works also include bizarre installations and innovative projects on subjects of everyday people. At the age of 90, she’s still going strong. Her ideas are profoundly intelligent and her humanity is expressed in her work.

RAINING IN THE MOUNTAIN (Directed by King Hu)**** 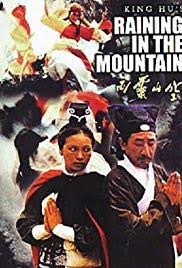 Made in 1976, this wonderful film sows that monks aren’t as pious as one would think. It’s time to pass over the title of Abbott, and a wrongfully convicted convict receives the honor. He must guard a special scroll that everyone is trying to steal. People even murder for it. Lots of Kung Fu, clandestine plots, clever twists and more. This is a classic. 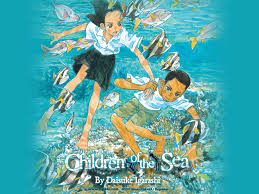 Fabulous animation about how we are all connected to sky, ocean earth and stars and more. Children show the way here, and thought the film is so utterly implausible; its enchanting message carries us through the two hours. Scenes of space and creation are mesmerizing, but it went on far too long.

This absurd film certainly rewrites history when it comes to making a story about  the 20th-century Prime Minister and how he rose to power. We are speaking about Mackenzie King. It’s a madcap romp into every vulgarity and weird perversion possible, but the metropolis-type futurist sets really stole the show. I did not like this film at all, though it was very clever in its use of collage and puppetry. 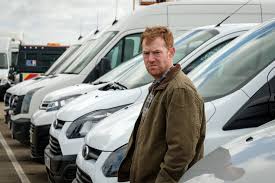 This brilliantly acted film shows with great authenticity the slow unraveling of a working class family (two parents and two children) in northern Britain.  A father is forced to take a delivery job buying his own van to do it, yet the boss really owns him. If the father fails to deliver each package on time, he pays for it out of his wages. It’s a gig economy and the winner is not the employee.
His son lands in big trouble with his graffiti, bullying and skipping of school, stealing and more. The woes of this family never cease and eventually, the son leaves. It takes a serious incident that happens to the father to turn his son around.

A small bad of brutal young guerrillas in the Colombian jungle war wild and unpredictable. Their commander who is not with them tells them a cow is coming and that they must guard her. But he cow is killed by one of the young wild ones. This chaotic disloyal band has captured a female engineer and she escapes twice. Eventually each member of this ferocious violent group turns on one another. This is a powerful film. It has far reaching applications beyond Columbia’s terror groups.

Posted by nancy snipper at 6:01 PM