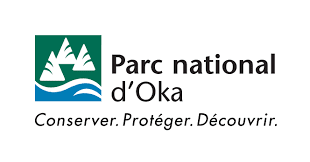 There are few parks that allow entrance with your dog in Quebec. You can’t even walk along the water side of Lac St-Louis in Lachine. You have to cross the street and take your dog on the sidewalk. Ridiculous! It's  really a drag because one of the joys of walking in nature with your dog is sharing your dogs romp on a leash into freedom in a natural environment with you.

Your dog keeps you company, and he/she is a great magnet for social banter with strangers you meet on the trails. 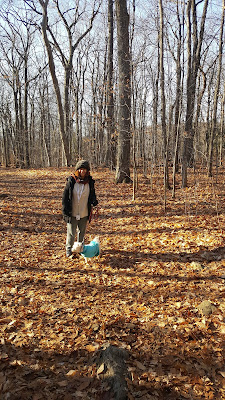 I was delighted to find  Sépaq has opened  4 doggy-
on-leash trails in Oka Park along with Frontenac Park in St-François (250 kilometres form Montreal) and Jacques-Cartier Park in Longueil (a mere metro/bus ride away from Montreal). 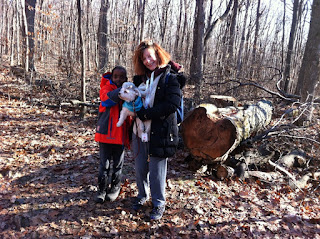 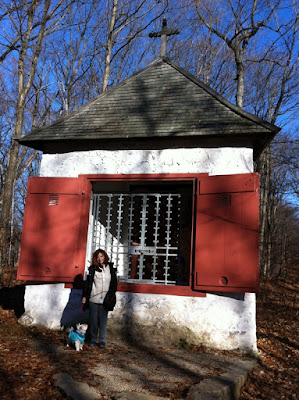 I headed up to Oka Park (45 minutes by car from Montreal) on December 3rd to take advantage of this new doggy opportunity. My dog Zak and I took the 7-kilometre trail along the Calvaire d’ Oka. Seven colourful wood reliefs in tiny chapel churches replicating the originals ones crafted by François Guernon from Bellville in the 18th-century dotted the trail and at the summit there were four other. Collectively, they replicated the various stages of suffering in the crucifixion of Christ.

It was an unusual adornment built among the tree-clustered path, but they added a sense of reverence to the surrounding nature. 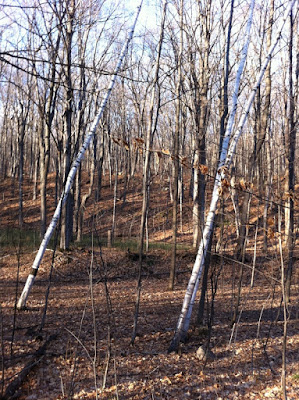 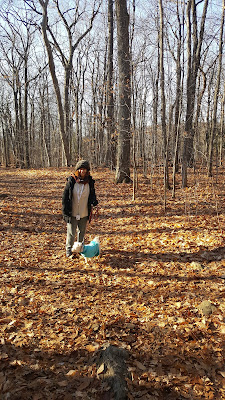 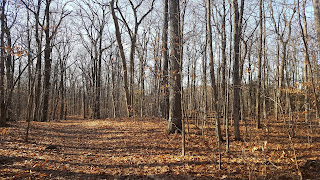 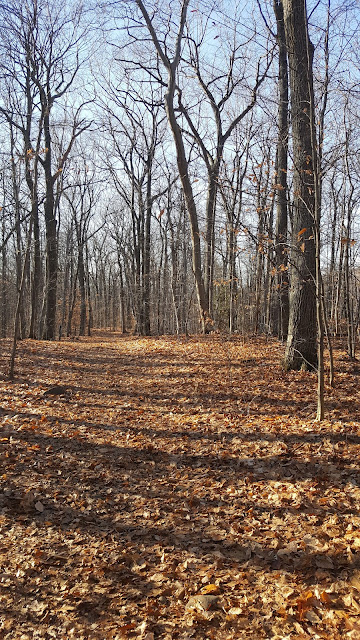 Though there were no colourful leaves on trees at this time of year, the paths were lovely. I spotted two huge pileated (red-capped) woodpeckers tapping away on a tree trunk, and in the distance, I saw Lake of Two Mountains. 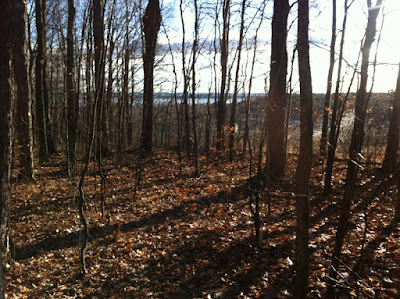 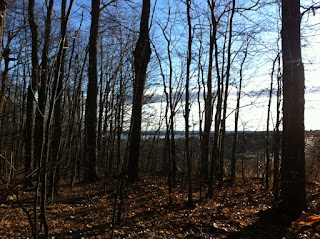 The view at the summit was lovely indeed; people were unusually quiet. Maybe they were tired from the walk, or respectful of the religious element at their backs – the four final chapels.

Oka Park is a hot bed of activity for the entire family in summer with its beach, and there are multiple activities for everyone throughout the summer – all under the banner of “The Okasions”.

There’s camping and all-facility cabins. For sure, I will return.


For you and your dog(s), go to www.sepaq.com/animals
Posted by nancy snipper at 10:03 AM