The Cyclotron (Directed by Olivier Asselin) ** 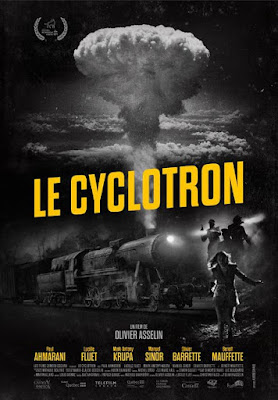 Shot in black and white with a Hitchcock-type feel,  this German-language movie with English subtitles, is a film noire/thriller  that revisits Nazi times;  it takes place at the end of the Second World War. Simone, a spy working for the Allies is supposed to find and execute Emil, a scrupulous Berlin scientist who discovered before the Americans the way to build an atomic bomb. 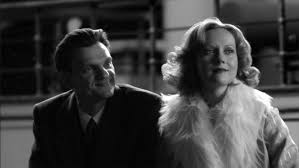 He is trying to hide form the Nazis and finds his alcove on a train. But Simone finds him on this very train as it makes its nighttime journey towards Switzerland. German soldiers, led by König, a German scientist are in pursuit of Emil. They need the secret code for this bomb. Will they find it and him? The chase gets complicated when memories of love get intertwined. 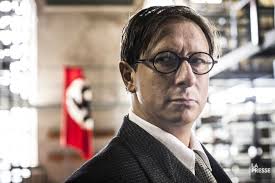 Simone and Emil were once in love, but each has his own integrity to abide by. Who would have thought that this bomb could be hidden in a pocket watch, and if found will parallel worlds have it explode in Berlin or Paris? It turns out the group of scientists wish to hide their secrets about the lethal bomb for fear the Nazis would indeed use it, if  the 'formula" were discovered. The film commemorates those brilliant men who made physics their life, but would ultimately end in their death.
Posted by nancy snipper at 9:48 AM