THE SCENT OF THE FRENCH - MUSICALLY FLAVOURED

Arion Baroque Orchestra palpably lightened up the heavy feel of winter by featuring the uplifting music of Telemann, Lalande and Rameau. These 17th-century composers were enchanted with French musical flavours that consisted of a swirling melodic melange of imaginative fantasy, frills, and contrasts. Most of the evening highlighted pieces that were strongly accented in a surprisingly intricate melée of instrumental play, influenced by the notable charmingly gallant spirit that characterized the court of Louis XIV.

The guest for the evening was the British/Brazilian world-acclaimed violinist, Rodolfo Richter whose understated manner perfectly suited the demureness, colourful surprises and melodic sweetness, particularly noted when he and the orchestra’s artistic director, flutist
Claire Guimond shared passages of joyous instrumental dialogue on their respective instruments in the Telemann concerto. 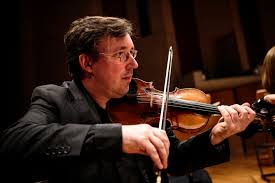 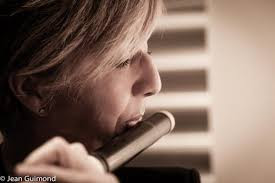 Michel-Richard de Lalande’s “Grande Pièce royale, S 161” – one of three of the court composer’s “Caprices” offered a variety of musical flavours that greatly pleased the king. This six-movement suite in G minor included an austere chaconne, an exciting fugato, along with a sweet air in the major key – even a gavotte that featured a pair of oboes in wondrous harmony that miraculously yet perfectly contrasted with periodic heartfelt passages from the bassoon. The flourishing finale burst with exhilarating gusto that gorgeously reflected this movement’s name: Vivement. 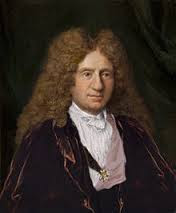 Georg Philipp Telemann’s “Concerto for flute, violin and cello in A major, TWV 53:A2” first appeared in the production of the composer’s Musique de table. The work' s stunning variety of instruments is matched by an enthralling mix of tempi, fun and fury within contrasting movements: Largo, Allegro, Gratioso and another Allegro. His gift of alternating French and Italian styles stands out in these four exciting parts.

Jean-Philippe Rameau was last but certainly not least on the evening’s delightful program.  His creation of a comedic musical ballet bouffon titled Platée was first performed at Versailles in 1745 during the wedding of the Dauphin with Maria Teresa of Spain. This balletic opera is not without surprises, for in the tale, Platée, the nymph bride-to-be looks like a frog! The music is positively exhilarating. The twists, turns and sudden bursts of contrasting sounds are mixed into lively dances that take their bow by succumbing to a tumultuous instrumental storm. The concert lasted just over an hour, yet our hearts were filled with joy. The music tricked us into thinking that La belle ville was in fact Paris not Montreal – even as we braved the towering snow banks outside Bourgie Hall.

The website is www.arionbaroque.com
Posted by nancy snipper at 9:28 AM