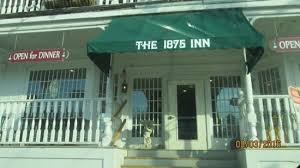 Original, restful and a foodie favourite
Unique and full of character, this comfortable 1875 country-style inn puts you within easy driving distance to the Lake Region's major attractions. A New Hampshire gem, the picturesque inn is located opposite the Winnipesaukee River in the quiet town of Tilton. The white clapboard inn is owned by Allan and Kathy Powell, a super hardworking couple whose combined hosting élan has been bringing great experience to the table. In 2010, they bought the inn, and after some serious renovations, the establishment has earned an enviable reputation, not to mention several awards. Still, its low key unpretentious atmosphere is what draws the crowds.
Allan who hails from Bermuda is a restaurateur with considerable business acumen. He owned Bermuda’s Wharf Tavern for over 11 years and Freddie's in St. George, Bermuda.  Possessing a UNH degree in Management and Culinary Arts, he then attended Johnson & Wales  U. in Rhode Island for four years.
On any given day, you’ll see Kathy multi-tasking – toting a pile of housekeeping linens upstairs, taking orders in the Onions restaurant, greeting folks at the door, and tending to business in the office. The low-key power couple have the knack for keeping inn folks happy and unbelievably well fed.

A remarkable restaurant and pub 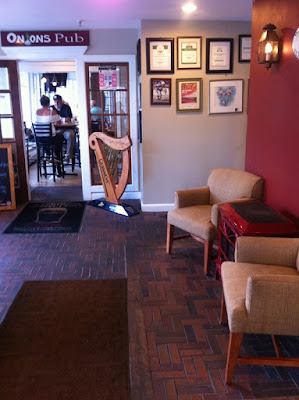 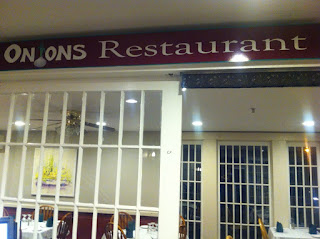 Folks from all over come to partake in the fun pub. Opposite it is the acclaimed Onions Restaurant. The menu has a Bermuda twist to some of its dishes, but most are simply divine creations concocted by chef Bret Mailhot, who’s been cooking for 40 years. He’s worked at the Marriott and even owned his own restaurant in Dallas. The food fare is as exciting as can be. With popular appetizers and main dishes known for savoury flavourings to create dining excitement, the menu offers intense taste delight. Palette- pleasers bring British fish and chips to the table, and there are bangers and a burger of caramelized onions – it’s addictive. 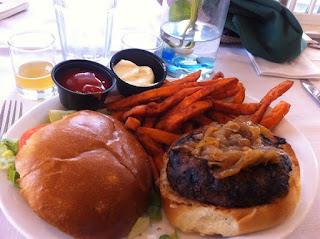 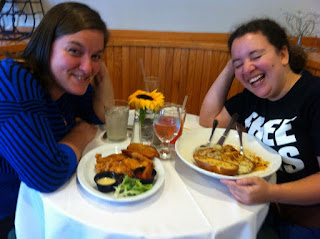 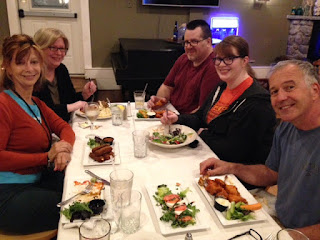 Char-grilled fare includes lamb, shrimp, steak and chicken.  how about deep fried chicken tenders? How delectable is that? Very, according to one girl who told me they were the best in the county.  her dining companion raved about the eggplant parmigiano  Five sea specialties, such as rustico shrimp is a top hit with its wild mushrooms, cherry tomatoes, black olives, sun- dried tomatoes and garlic. Five main meat dishes make choosing what to have a challenge. Onion Wellington is a fillet mignon with caramelized onion and fish demi-glace wrapped in puff pastry and baked a golden brown. I want to try that one next time. An array of nine tasty pasta dishes  salads  and soups - some which bring Bermudian taste accents boldly into the picture is on thte menu. Their fish chowder is one such example of this. I heard it's sensational. Tilton Restaurant tips its hat off to the island's cooking.  Remember that Bermuda onions are sweet, so no need to be shy about ordering any dish with onions in it. 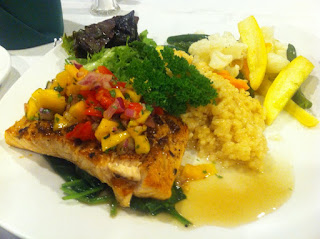 I had the salmon topped with mango salsa the last night of my four-night stay. It came with a risotto that deserves its own award – the best I’ve ever tasted. The salmon was so tender, I gobbled it up as greedily as I did the crème brûleé dessert.


Settle into the pub before you eat or have a drink afterwards. You may meet Allan here who enjoys smoozing with guests. But if he’s not visible, he’s probably back in the kitchen. Need anything, ask Allan! By the way, you can eat your meal in the pub; they'll bring it to you.  Their beer list is extensive. I loved the Long Trail and Blue Moon beer. Wine of course is served there. They also serve their own specialty drinks. What a great place!

Rooms Resonate history
The advantage of this place is it makes for an informal eat and sleep stay. Sleep upstairs in one of the well appointed rooms, then head down for lunch and supper. You need never leave the place.
Because some pretty illustrious entrepreneurs spent time in Tilton, rooms are named after these folk. There’s the Thomas Edison room, Henry Ford room and the cozy Lawrence Moss. I stayed in the spacious Charles Tilton room. Each one has its own special décor. 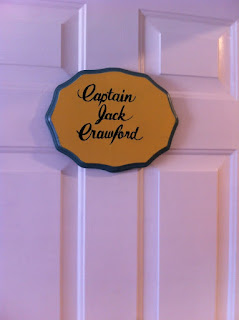 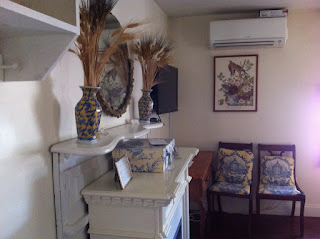 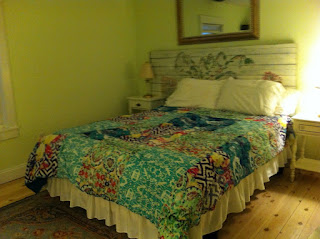 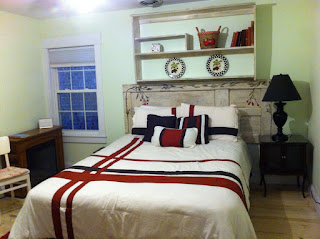 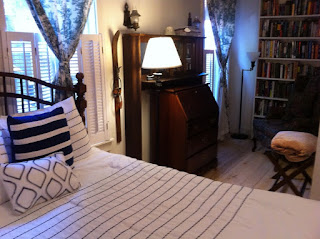 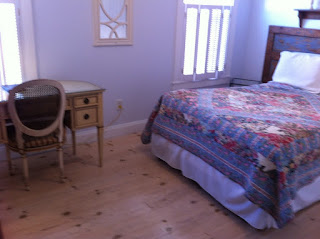 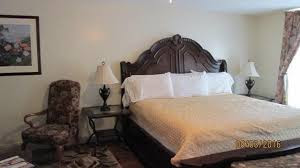 These rooms are pointers into Tilton’s history. There’s a book at the entrance that tells Tilton’s story, naming some if the important men and women who contributed to the town’s prosperity. The inn is certainly a big part of the history. They say there were three fires here in the space of 100 years, and that one girl named Laura was left behind. Paranormal experts were called in after a sighting in the inn, and the conclusion was the inn is indeed haunted.
Tilton Inn and Onions Restaurant & Pub is located at 255 Main St. Tilton, NH.
Visit: www.thetiltoninn.com
Email: tiltoninn@metrocast.com

Posted by nancy snipper at 3:33 PM