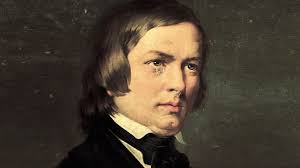 Was Schumann a crazed composer whose genius manifested itself on the pages bursting with musical notations? That's the question conductor Paavo Jarvi asks. Was he mad? Four symphonies masterfully played by the Kammerphilharmonic Bremen at Pier 2


are performed in a former shipyard turned concert hall in the port of Bremen. Jarvi brilliantly and passionately explains Schumann, the man, by uncovering and analysing the complex seemingly unrelated transitions that take place in passages in his symphonies. Praised for his lieder and piano music, Schumann can now rest easy knowing that this conductor is probably his greatest champion when it comes to extolling the mind, heart and intensity behind the musical matter of this great, mercurial composer. Jarvi describes Schumann's music as being neurotic and extreme. He will continue to remain enigmatic, tragic and sorrowfully misunderstood. So herein lies the answer in its finality: Schumann died in a mad house in his mid forties; he didn't belong in this mediocre dispassionate world. However, far less romantic was the fact the syphilis got to him, and his mind went nuts.

Thank Goodness his music lives on. 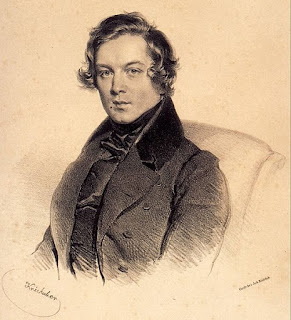