“PASSAGE TO PARADISE: HELLENIC SKETCHES OF THE MIND" catapults you into a whirlwind maze of culture and excitement 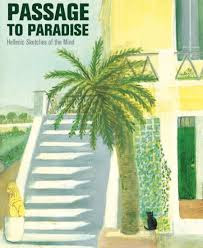 Yannis Zervos is responsible for birthing the iconic Athens Centre. From its humble beginnings, once known as The Athens Centre of the Arts, his brainchild becomes a remarkable mecca brimming with genius: scholars, actors, musicians, painters, sculptors, poets, philosophers and enlightened esoteric professors who are leaving an indelible mark on humanity. They all have one thing in common: their love of all things Greek, and they have all taught at the Athens Centre at one time or another. Yannis has met them all.

His vast knowledge, charisma and refreshing sincerity, steeped in wit and self-deprecating humor are revealed in this remarkable book. Climbing like Sisyphus, mounting countless theatrical performances, including a huge production of the play, Antigone, with an audience of 1000 at the Macedonian border - never giving up despite calamities of all kinds – he works endlessly to ensure his beloved Athens Centre will survive, thrive, and spread its Greek goodness far beyond Greece itself.  Despite many moments of financial sputtering and political chaos, Yannis succeeds.The  Centre rises to Olympian stature as an international hallmark for Hellenic culture.

The memoir takes you into a close-up personal journey into dozens of countries teeming with brilliant people in the arts, business tycoons, bold entrepreneurs, royalty and rascals alike.  He meets them all. His entire life is surrounded by the rich, the famou,s the fortunate and the eccentric, shadowed by the poor, the unlucky and saintly. Immersed in buzzing labyrinths of meeting, greeting and befriending, he remains both on-looker and go-getter.  His generosity and sociability spill out when he hosts parties at his sublime house in Athens and in his place on the Island of Kea where he keeps his treasured antiques.

The book is ripe with entertaining anecdotes that reveal Yannis’s own trusting nature and skills as he navigates around people’s personalities and solves seemingly impossible situations. His acumen at mounting productions and getting politicians and stars on board is part of his brilliance – which albeit - is sometimes peppered with his own faux pas in the presence of famous people, or a gripping fear that the show won’t go on. We are struck by the author’s ravenous curiosity honed with an ability to size up so astutely different people. Insightful observations and comments abound. Whether it be about people, events. buildings or places, chapters vividly reflect the author's sense of wonder, wit and wisdom.

His knowledge about places is most evident, and the reader is eager to follow this purposeful globetrotter on his immersive visits to places near and far.  Historical facts and architectural gems are revealed to us during his visits to cities and villages – some exotic, others less so. They include, Bangkok, Istanbul, Goa, Cairo, and almost every country in Europe, including the Scandinavian ones, along with cities in Great Britain and in the United States. He travels to these interesting cultural hot spots for personal and professional reasons.   His driving experiences most often turn into calamities that raise the hair on the back of your neck. He’s even ended up in a few police stations. Like Odysseus himself, Yannis is crafty and awfully clever at untangling himself from difficult situations. Honesty and charm seem to beguile those he must confront and convince that it’s all a misunderstanding.
The book reads like a Who’s Who, but most astonishing is the fact that Yannis develops life-long relationships with many of them.  His candid comments - either flattering or disparaging about various individuals, combined with his vivid descriptions of parties - leave us smiling or frowning. We feel we're right there, sharing the cocktails and ouzo with these VIPS that the author so easily mingles with.

“I have no defined social role or standing and can slip easily into different strata.”
Yannis Zervos 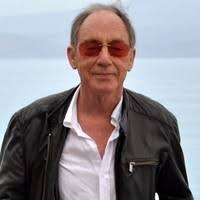 The hilarious and the horrific collide in non-stop events that shape this amazing man’s life. Yannis’s humility, risk-taking and drive to succeed have created his own inexorable destiny where paradise blooms sublimely.

“I conclude that viewing the world and our role in it is better based on verifiable information than blind beliefs, however comforting.” 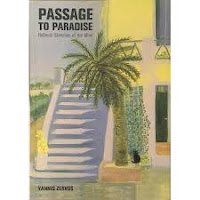 “Passage to Paradise:
Hellenic Sketches of the Mind”