AFTER MY DEATH (directed Kim Ui-Seok)** 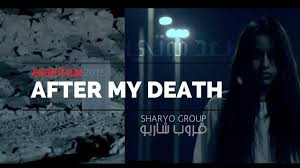 Boring and long – a shame as it’s about teenage suicide along with bullying and repentance. Police and school heads try to discover why the young student committed suicide. Everyone seems to be lying about what transpired.
Sadly, we don’t feel much for the dead girl or her friend whose misery is fodder for her own suicide attempt. The acting is not bad, but what could have been a riventing mystery turns into a dark doldrum on a very serious subject far too prevalent in South Korea. (Screened at Asian Film Festival)
Posted by nancy snipper at 7:12 PM