AZOGIRES: Crete’s answer to the X-files 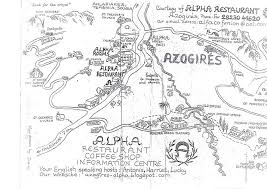 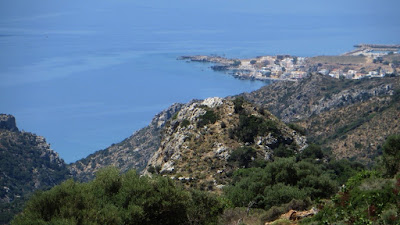 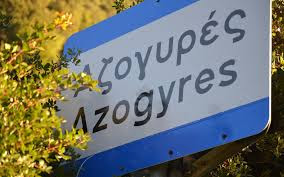 Azogires is a village that will not attract your attention when looking at the map, but if you go, avoid doing so at night when there’s a full moon: fairies anticipate the coming of visitors; they will enchant you but also steal your their voice. 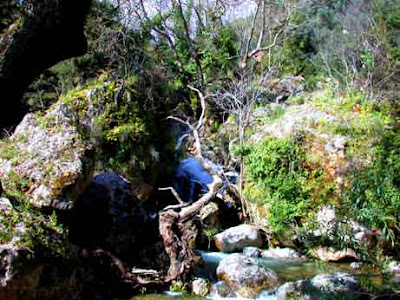 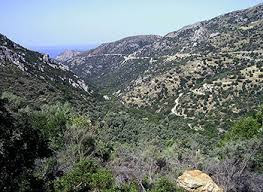 Azogires is an eerie village. Locals can’t  tell you for sure how many people really live in Azogires. The population census ranges between 40 and 400, depending on if you include the doves that carry the souls of the 99 Holy Fathers that lived here some centuries ago, or the flying cows that carry out their flights in the sky every night at 9.p.m. 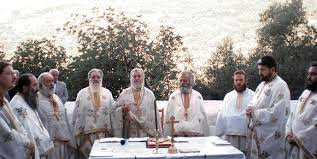 It isn’t surprising that Azogires is known for its supernatural occurrences. After all, this is where St. John the Hermit lived. You can visit the cave he occupied for most of his life. 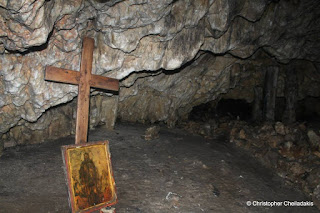 St. John wasn’t completely alone in his wide-mouthed hermit cave. Azogires was also blessed with the saint’s followers: 98 Holy Fathers came here to follow the teachings of their saintly hermit leader. One suspects that each of these fathers possessed powers beyond the ability of most ordinary folk. Ponder this: how many people are capable of living in a cave for more than a night?


The bones of the 99 Holy Fathers are kept in this box and they are supposed to have healing powers. These Holy Fathers spent their lives in a cave when not performing religious deeds on lower ground at Azogires. Those wishing to feel their presence can visit their cavernous domain.
As you behold the entrance to the dwelling where these great spiritual men once lived some 700 years ago, you must know this story: though the corporal beings of these 98 Fathers have vanished, their souls haven’t.
Azogires inhabitants attest to their spiritual presence in the afterlife in the form of 98 doves. These feathered friends appeared right after the death of the Fathers and continue to inhabit the cave. With your imagination in high gear, and your feet high above the village, it is not difficult to believe all the bizarre stories that float around Azogires.

Are there 40 or 400 inhabitants of Azogires? The number seems to change depending on whom you ask. Evidently, Azogires residents are as elusive as the ghosts that circulate within in village areas.
There is no such thing as an ordinary stream, an ordinary valley or an ordinary house.
One house in particular has a ghost that prevents all women from bearing children, and if a family moves in their kids die. Azogires folk say this really happened.
Others claim to see in the forest near the monastery flying creatures that resemble cows. They supposedly appear every night at 9:00.

About five minutes on foot past Azogire’s Alfa Kafenion, you’ll see on the left side of the road a path leading to Anidri village, and alongside this path, you’ll hear rushing water. 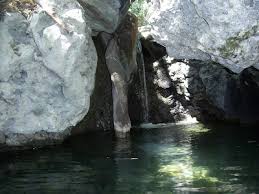 Descend to the watery spring that tumbles over rocks and creates successive pools for dipping into. You may feel you are quite alone, but if you go there at midnight, other eyes may be watching you.
They are not those of other bathers, for you are alone – or so you think. In fact, the bewitching midnight hour in Azogires brings Naiades to this little river in which you are bathing. You must not look for them or at them. Nor should you speak to one, for they will steal your voice. (Perhaps that is why the Holy Fathers used to gather here to pray before night descended). 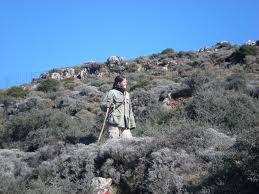 These river nymphs adore freshwater and though they were chosen by the goddess Artemis – hunter and protector of nature – unlike her, they are immortal. The 20 that flit about Azogires’ little river knew grand company. They used to sit in on the Greek Gods’ discussions on Mount Olympus. So being in such illustrious company cannot be all that bad.
There is a fairy-like feel to this watery nook. I felt inconspicuous, pleasantly odd – like a little nymph myself swimming there. No one in Azogires will admit to having seen one of these five different types of Naiades, but isn’t it strange that some people in Azogires never speak. They nod, smile, frown and offer food without a word. Could it be the Naiades, not the cat got their tongue?! But can you see a fairy? 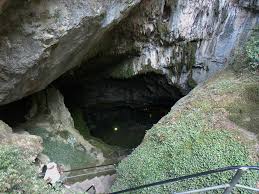 To Believe or Not to Believe

I was a non-believer for the first few days in Azogires. But something so uncanny, truly bizarre occurred, that from that moment on, I began to rethink all the haunts I had visited in the past few days.
Were those dragon flies by the nymph stream really turquoise and emerald green or was it my sun glasses? Were the bees really that big and why are they brown? Why did that brown animal that was half goat and deer suddenly appear at my side when I got lost on a mountain path? What about that really weird yellow bulbous flower that looked like an inanimate alien?

No need for Raki wine to get high in Azogires

I thought I was imagining things – maybe I had too much raki, too much sun, too many stories. Then the strangest event happened in a heartbeat. After making the dangerous ascent with a friend up to the Holy Fathers Cave, we both took reprieve, standing on a safe flat area to enjoy the panoramic view of Azogires’s awesome nature – most notably the dramatic promontories pounded with boulders in the form of humongous human faces! 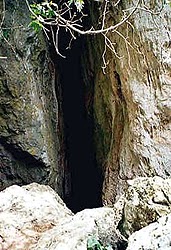 I felt elated. We were finally above it all. We felt powerful yet inspired. My companion took my hand, and I dared to let a strange idea enter my head. “What a lovely place to get married. It would be nice to bring a priest up here if ever the time comes,” I thought to myself.
Just then, in an instant, both us collapsed to the ground, falling exactly at the same time both on our rear ends in the exact same position, feet aligned with one another. We could have been a single entity. It was as if one of the Holy Fathers had pushed us full force from behind. We fell quickly and simultaneously without any warning. There we were standing silently and comfortably on the safest part one moment – then pulled down the next moment – dashed to the ground. We were humbled and spooked.
No doubt, you too will have your own story to tell after you visit Azogires. Take your pick: how about haunted houses, flying cows and Holy men long gone, but still remaining! 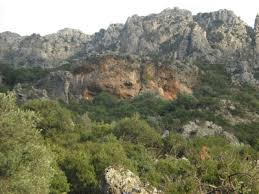 Posted by nancy snipper at 6:09 PM

Email ThisBlogThis!Share to TwitterShare to FacebookShare to Pinterest
Labels: TRAVEL