Lanaudière Festival gets off to a Tempestuous Start


What a pity that the rain came down opening night of the Lanaudière Festival as it kicked off its 37th season on July 9. Perhaps, God simply wanted to get in on the “act”: the performance started with La Tempête, Fantaisie symphonique, op.18 by Tchaikovsky. 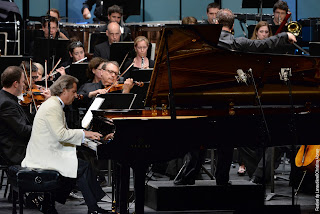 Conducted by Gregory Vajda, the Lanaudière Festival Orchestra displayed a great sensitivity for the composition. Wondrous images of the sea and the elements above came flooding into our imagination; such was the brilliant nuances delivered by his conducting and the musicians. So many varied conditions of the sea played before us.
Mr. Alain Lefèvre then took to the ivories on the grand Yamaha piano to perform surely one of the most difficult concerts ever written: Tchaikovsky’s Concerto for piano No 1 in B Flat minor, op. 23. 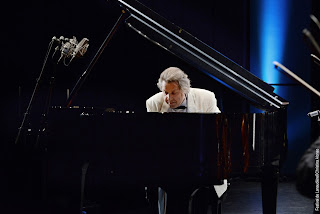 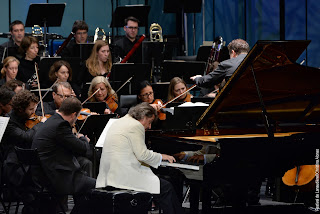 Mr. Lefèvre’s passion was expressed to its fullest; something few artists can do with this whirl-wind work. Staggering, near impossible feats of hyper-rapid ascending and descending octaves, along with the sudden quick cross-over of hands – just to mention two of the many super human demands made upon any pianist. And no matter his/her finger dexterity, few pianists are able to triumphantly master such inherent technical terror.
In fact, when the composer first presented it to the conductor, Nicolai Rubenstein on Christmas Eve, 1874, his response was: “It’s unplayable.” He also said: “worthless”. 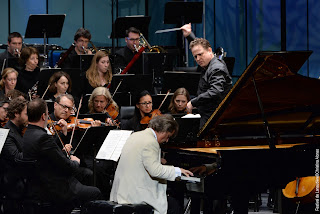 Of course, the entire world disagrees with that comment, and how lucky we all were to hear the great last night with Mr. Lefèvre giving it such extraordinary exuberance with Herculean technical prowess.

Intermission brought us the composer’s Romeo and Juliette overture-fantasy played with great feeling by the Lanaudière Festival Orchestra.
Finally, Ottorino Respighi’s Feste Romaines offered a panoply of percussive and varied instrumental excitement as the work conjured up the clatter of public events: Circus Maximus, celebrations, the hunt during October and the cacophony and roar of the night with street life vendors and a rustic atmosphere of rudimentary goings-on. Even the barrel-organ has its “say” in this incredibly dashingly frantic piece.
After his performance, as Artistic ambassador of the festival, Mr. Lefêvre stated he was touched that we all came out in the rain to attend the opening night. I wouldn’t have missed it – rain or shine.