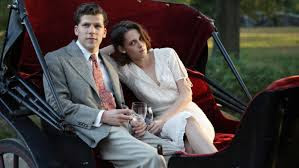 Allen has traveled back in time to the 1930’s whose famous actors (iconic movie names are dropped in this film – though we never meet them) are steered by the producer Phil Dorfman (smartly played by Steve Carrell). He’s a real big shot who takes under his wing his nephew Bobby (played  y Jesse Eisenberg) with appropriate angst that obviously is referencing Allen himself).  Naïve, romantic Bobby has left New York and his humble family to hit the Hollywood Hills in the hope of making something of his life. Here he falls in love with Phil’s secretary, Vonnie (played with lackluster enthusiasm by Kristen Stewart). 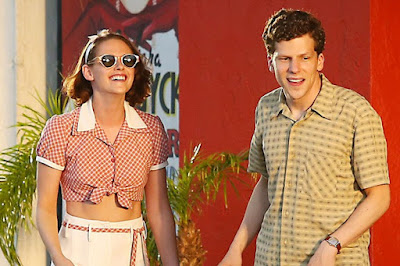 Sadly, unbeknownst to Bobby, shy and modest Vonnie has a huge secret hidden up her sleeve – that in the end takes over the film; the remainder of the plot is largely built on a love gone amiss story. Irony and coincidence totally turn romance on its toes; Bobby gets the shock of his life, but he moves on to become a big time partner with his gangster uncle Ben who has opened up a  posh nightclub in New York. 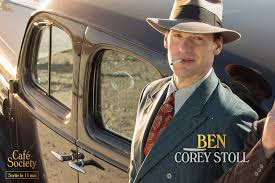 The great parts in this film are stolen in the side story of Bobby’s gangster brother Billy, along with Bobby’s two parents who get out the laugh lines in the script. Jewish humour accounts for the greatest laugh lines in the film
One can only surmise that the reason for this film may be that Allen has been hit with an enormous hunk of nostalgia of an era long gone that he once experienced. Bobby portrays Allen without a doubt, but the film lacks punch and purpose. The ending scene offers a corny close-up on the two once-lovers (now living in different cities) looking dreamy-eyed as they think about one another (New Year’s Eve has just rung its bell). Both are at parties, lost in their own thoughts about the romance they once shared together. The fade-away is even cornier. Clearly, Allen’s sentimentality is allowed at his age (80) – as he too thinks back about his own youth now lost to those days. Thus far, the film has grossed seven million dollars – not exactly a box-office runaway. 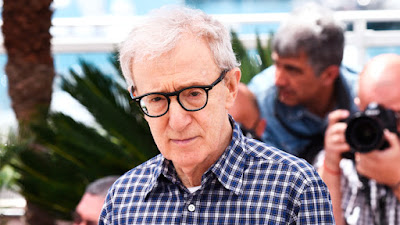