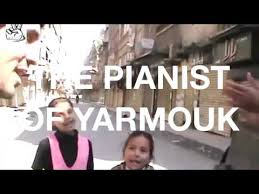 Forced to leave his refugee camp, Ayham, a great pianist ends up in Damascus where bombs force him out of Syria. He misses
Yarmouk where music became his gift for children and his way of living in the refugee area. 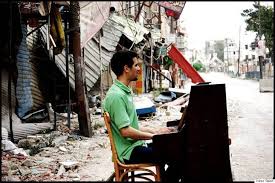 He makes his treacherous journey, ending up in Germany where he wins the Beethoven award for his contribution to refugees through his music. Ayham is a great man, a great composer whose love of life can not be killed though everything around him is. (Screened at FIFA) 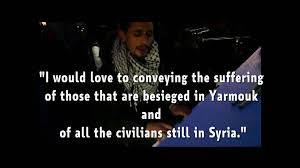 Posted by nancy snipper at 3:46 PM