THE ACCOUNTANT OF AUSCHWITZ (Directed by Matthew Shoychet)*****

An excellent detailed retelling of the terrible times and the opposing views about sentencing this horrid man. 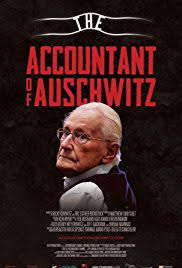 I loved the film, but the story is brutally alarming.

My summary  really only touches various themes in the film.  The documents in the film create suspense and proof of prodigious research.

Oskar Gröning, who was the accountant at witnessed many thousand of killings as he busily collected all the possessions of Jews arriving from the horrendous trains to be sent to their doom. Complicit in 300,000 murders there, he is finally put on trial. Survivors attest to his presence, and one woman says she forgive him, even though her family was decimated at the camp. The film brilliantly has interviews and charts with proof all the Jews murdered at different camps and the guards who watched it all happen. Testimonies and excellent archival photos recreate the camps and the murderous Nazis. 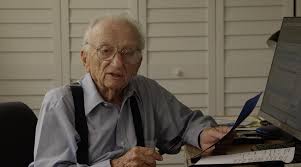 Nuremberg Trial that also introduces the prosecutor, now living in P, Florida wants all Nazi guards to be responsible too for their participation as obedient murderers. Most of the judges in were former Nazis and so it is a long arduous road to seal convictions. And when they are convicted, most spend only a few years in prison – such as Gröening who was sentenced to 4 years in prison, but after his many appeals, died without serving a day behind bars. The world will continue to commit horrors despite the collective chant of victims and anti-fascist fighters, yelling “Never Again.”

Posted by nancy snipper at 6:41 PM