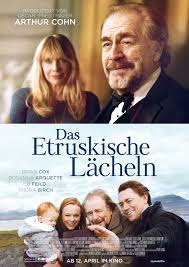 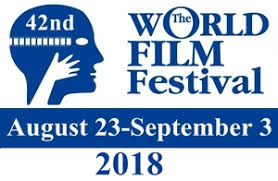 THE ETRUSCAN SMILE (Directed by Mihai Brezis & Oded Binnun) *****
A great cast and story will bring you to tears. Rory MacNeil (magnificently played by Brian Cox) is from a remote island Hebrides. He’s a feisty, argumentive stubborn man who has a lifelong feud with an old sick geezer, named Frazer. Rory is one tough Scot who decides to visit his son and wife in San Francisco. Things are rotten between the two, but Rory falls in love with his baby grandson, Jamie and a woman he meets at the museum. He has leaned on an Etruscan funerary piece of a man and woman smiling at one another done in Terra cotta. It’s huge. This woman (Rosanna Arquette) tells him off; she works at the museum.  Rory has stage 4 prostate cancer and that is the main reason to travel abroad – to get a diagnosis, and of course other reasons as well. Rory will do anything for baby Jamie and what he does goes against the parenting of son Ian and Emily. Hilarious witty scenes and those full of authentic pathos pull at us. This is a great film with an ending befitting a family that really loves one another despite the major conflicts.
*******************************
Preceeded by "Pepper" a South Korean short  directed by Jayil Pako non-nonsensical that the message of unwanted baby girls was lost in  repetative artsy stuff with no impact. 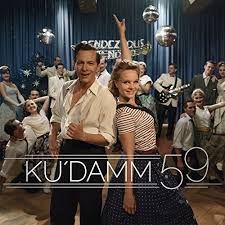 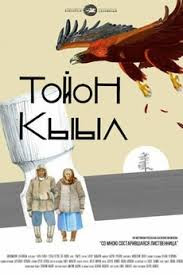 Set in the 1930s in the barren wintery northern land above , a very old  Aboriginal couple struggles to survive living by hunting, chopping wood, making fires and more. A big eagle one day, lands on a tree by their modest dwelling. The man of the couple thinks this is an evil omen; in fact he has felt a lifetime of guilt by scaring an eagle making a nest and dropping one of the branches. This happened when he was young. They offer it food every day, and he eats it. Soon the eagle shows he wants to come inside the house. The couple is mortified; yet one day they walk out to find that the eagle has brought them food. The ending shows the bitter Russian authorities encroaching on their way of life, including their love the eagle. The ending is sad. The film is brilliantly mesmerizing.


This film shows vividly shows in a single setting the old way of life and how mankind can ruin it as power changes the lives of two special people and their relationship to the land and animals.
It took top prize in Moscow, winning the Golden St George. 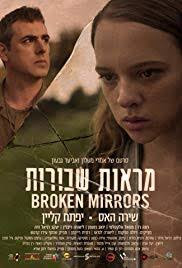 
Ariella has a regimented almost cruel father who was a commander in the Israeli army. He and Ariella clash on everything and he punishes her. One day, she convinces her mother to let her drive the car back from an outing she is taking with her and her younger sister. A terrible accident leaves her mother in a coma. Ariella decides to punish herself and runs away to a place her father told her never to go to. There she tires to get raped, even to freeze herself in a nursery container. She finds out why her father is so mean and what his secret is and how it connects to his obsession with being on time and punishment. An excellent film with real suspense coming from raw reality. It is not a political film; rather, it is a story about a family fraught with serious problems that only unravel with self-truths and confessions.
______________________________

SPACE ON THE CORNER (Directed by Benjamin Eyaga)***


So a huge pharmacy in has been turned into a space to be renovated and used by people. People with their own priorities come and go hoping to rent it, but the two owners want it to be used to join the community together. Relationships come to light and individuals with their own agendas wanting to rent show their intentions. This is a talking heads type movie shot in one space. It is funny and real.
_________________________ 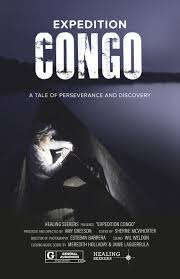 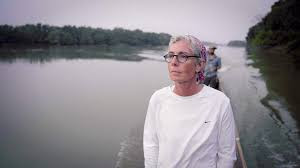 Everything goes wrong, including getting arrested – rescued by the president of – being stung alive by bees and ants, getting lost and trekking four days without water. They are healing seekers in search of tree and plant medicine. Only, when they abandon the jungle, and travel on the river does their journey prove fruitful. Stopping in on various tribes, they learn about specific
barks via blind shaman. What a daring courageous woman she is, and so humble! A must-see movie.


IN THIS LAND NOBODY KNEW HOW TO CRY 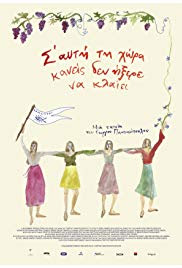 On a boat to Armenaki (Ikaria island in was stunning location for the film). A French member of parliament and an Athenian economist are on assignment – to develop the island for investment potential. They wish to teach the people ways of modern life as well. But little to do they know just incredibly the table of fortune turn. In fact, both find their individual freedom and love. They realize, the people taught them rather than the other way around. The daughter’s director, Margarita starred in the lead. The comic tour de force in the film certainly came from the captain – wonderfully played with great comedic timing by Yannis Hajiyannis. This wise funny  captain lives on the island and knows so much about life. We meet a cast of characters who embody the collective free thinking spirit and way of life on this remarkable island of simplicity, heart and healing. They barter; no money; the bank has been closed for years. Idyllic for adults and a true experience of real learning for the children, Armenaki (a fictitious place in reality) makes us all want to live there.
In fact I did go to . Known as ’s no-stress island, the cars are not permitted to honk; there are few cars in fact. The thermal baths there keep you healthy as does the food. People in never seem to age; a 70-year-old is a fit as a 40-year-old elsewhere. 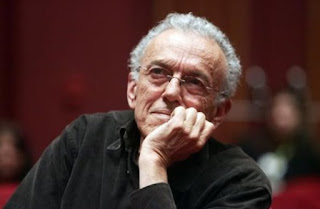 Giorgos Panousopoulos is ’s great film maker and he is being celebrated during a week of his films this month in . His daughter was enchanting in the film – as was the cohesive colourful cast who obviously loved being in the film and working with this great director.

**********************************
This film was preceeded by the short, "We'll Always Have Toynbee". A woman and man meet in a bar, get drunk and eventually get it on in his back seat of his truck. he hopes to see her again. And he does. She is first nations and is leading a protest in the forest. Police arrive and throw tear gas and beat them. one of those police men is the very man she hooked up with at the bar. Throughout the film, they both quote lines  at fitting moments from the late great historian and philosopher, Arnold. J. Toynbee. 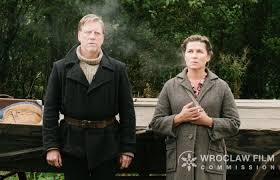 Despite the marvellous acting and its riveting tragically true story of the Polish Ministry repeatedly digging up a soldier in 1947 who was considered an enemy of the state, the film is confusing yet the  dark tone and atmosphere captured in this heavy film is palpable. Husband and wife set out on a perilous journey to travel with their dead son (in a coffin) to bury him in a sacred place. Only trouble is, they are met with near death by Polish soldiers, two thugs and nature’s cruelty.

They have escaped on a train with the horse, the coffin and food and are met with an escaped Pole who ends up saving their lives on many an occasion. Like a horse, he pulls their wagon for them when the horse dies.
It is such an unbelievable testament to a mother’s love of a son and her eventual madness and recovery. The journey full of loss she takes to buy her son is beyond treacherous. The story is told by the grandson as a flashback, but it’s pretty confusing.
__________________________________________ 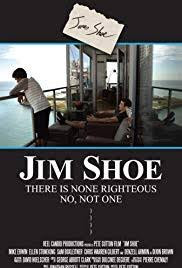 The head of a Chicago law firm is going to sail around the world, and he leaves charity assignments for his four associates to undertake, At the end of six months, whoever does the best will become a partner is the film. One has to open a soup kitchen; another must take care of an Alzheimer’s patient; another must get a couple off meth and restore their kid back to them. Finally Jim Shoe has to take a juvenile delinquent under his guidance. We watch as each changes into being a better person as they juggle their charity with their job. This is a movie with a Christian message. The music is fitting to the theme.