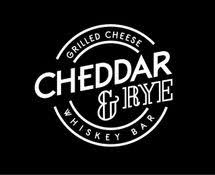 I'm in Manchester, New Hampshire, feasting on the best grilled cheese sandwiches which only the most imaginative of chefs could conjure up. Andrew Thistle, the owner of this totally tasty casual place with its 90s’ vibe. Andrew is an awesome creator; he conceives and cooks the most original combos in his grilled cheese goodies – many of them are named after 10 comic book characters. He uses 10 different cheeses from around the world along with a slew of options in there to to fill you up. There is gluten-free vegetarian and vegan numbers - all sandwiched between six different kinds of locally made bread.
I ordered the Two Face, made with home-made fig jam, caramelised onions, apple slivers and maple vinegar with bacon. It was delicious. I also had the Lex Luther sandwich. It consists of beer braised pork, house barbecue sauce, cheddar cheese and crispy onions. Choose  your fave comic book and order the sandwich named after it: Aquamarine (classic  tuna melt), There’s Venom, Ghost Rider, Green Hornet and others that add humour and taste to every bite. Andrew is soon to open up a wonderful whiskey bar beside Cheddar & Rye. Enjoy 4 tastings of great whiskey in this classic whisky bar with 300 plus bottles of America’s finest.
I topped by sensational sandwiches off with Andew’s delectable and highly unusual dessert. It’s called Black Canary. Scrumptious on the taste buds and in texture, it boasts the adage: dare to be different. Have you ever had a dessert made with bacon, potato chips, nutella and mascarpone cheese? It’s high time you did.? And to think this humble genius with his one-of-a-kind grilled sandwiches went to Les Roches, a prestigious chef school in Switzerland and was executive Chef and General Manager in loads of great restaurants. It all came down to gorgeously great non-greasy grilled cheese sandwiches with whiskey to whisk you off into more indulgent dreams.

Posted by nancy snipper at 5:59 PM

Email ThisBlogThis!Share to TwitterShare to FacebookShare to Pinterest
Labels: RESTAURANT