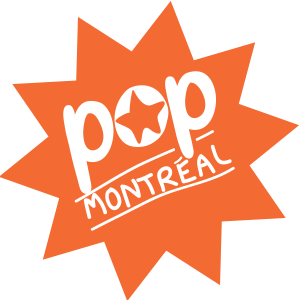 It’s an eclectic 5-day festival featuring emerging musicians from all over the world strumming styles that give the word,’ genre’ new meaning. Pop Montreal brims with artisans, films, conferences – even barbecues. Everyone is young, free-spirited in manner and kind of hip.  A riot of hair colours reflect the rainbow as does the scope of musical range and quality.

The two intimate performances I heard at Divan Orange on Saint Laurent Street were just not up to the vibes of virtuoso music-making  mode.

Song is all in the sound and lyric of a group. And if one of these creative elements is missing, it’s like a percussionist without the sticks. Wishkaah, a Montreal 4-member band took to the stage fifteen minutes later than the 2 pm time announced.

The sound guy flayed his arms in the air when I dared to tell him during the weirdest sound test I’ve ever observed or heard…no voice, no instrumental volume level testing. It was too loud for the room, so I knew that I would be hearing only half of Wishkaah’s work. Nice voice, fluid legato playing of guitars, but it was positively frustrating to watch the lanky lead singer bend deeply over his guitar in deep pensiveness as he sung, without us ever hearing a word of what he was singing. I wish Wishkaah could have known wasted words happen when sound overtakes them. 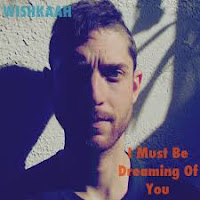 I even moved right up to the stage to see if that would help me hear his heart-felt words, but it didn’t. it would seem that he seemed to be the only one interested in his words. The set showed no variety of rhythms, no humour, and the medley could well have been one long piece as there was absolutely no change of tempo, tone or intent in the slow-moving beaming up a belly-button-type delivery.

All that being said,  I did like the lead singer’s voice and I think this band has potential, but they need guidance big time, and to avoid that sound guy again. Divan Orange really should have given these guys better “feedback”. 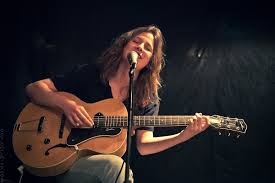 The next performance was a duo with the singer/ guitar player Helena Deland being accompanied on another guitar. Nice guitar playing, musky vocals that sounded like Jewel with a cold, but the lyric was far too melancholy and quiet to attract my ears to perk up to hear more. She did not talk much but I applaud her for singing in English and French.

Fortunately, I bumped into the Chilean group Boraj at  Divan Orange. They ahd played at 1 pm. It was a timing change for their concert, so I missed their live performance. Too bad; but band member Nico handed me their EP, as we sat down to chat. Lead singer Felipe joined us. They are two sincere dudes with obvious depth that is vividly  reflected in their music. 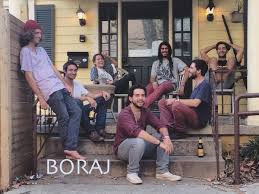 Together only two years, Boraj’s 7 musicians bring a fabulous mix of electric and acoustic sounds to their brilliant composition that have emotional appeal in the new world music their compositions slide into. Moods change, tempi trots or stalls, expressive ranges are a delight to the listener. They sing in Spanish to the instrumental mix of violins, saxophone, guitars, synthesizer and some pretty cool Latin American guitar-type instruments. The flush their music with lyrics that interject at key moments of the melodic line, and so the lyric really stands out. Nature, the human condition calls the heart into their lyric. The lead singer Felipe has such a sexy authentically romantic voice. Simple delivery impacts profoundly. 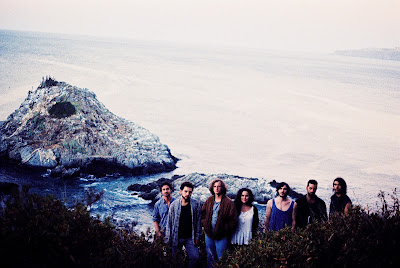 I suggest you catch one of their concerts as they travel to Ottawa and Ontario. They are performing in the Lilyputt festivals. Here are their show dates:
- September 25th, Le Plant at 5 pm, (Ville-Marie, Montreal)
- September 26th, interview at CKUT 90.0 FM.
- September 27th, Divan Orange at 9 pm. (4234 St. Laurent, Montreal)
- October 1st: Opening Saxsyndrum at Burdock (1184 Bloor W, Toronto)
- October 2nd: Opening Saxsyndrum at K-Hole, Ottawa.
This band reminds  me of the Café del Mar days when we felt the sand beneath our feet and  our soul wings floated away to so many stirring sounds. 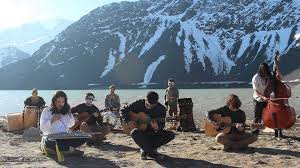 Pop Montreal is an annual event. The website is: popmontreal.com
Posted by nancy snipper at 6:22 PM