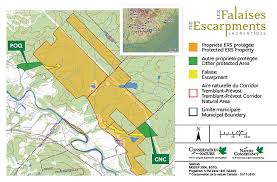 GOOGLE TREKKER COMES TO MAP IT ALL

As one of the Nature Conservancy of Canada’s coveted areas, the Alfred-Kelly Nature Preserve in the Laurentians, Quebec has embarked on yet another ambitious project. I was there to see it in action on its first day.

As a curious tag-along, I watched Annie Ferland, the reserve’s project manager co-ordinator strap giant George to her back. 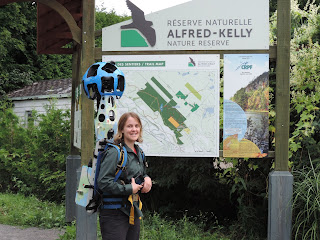 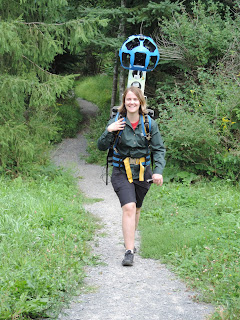 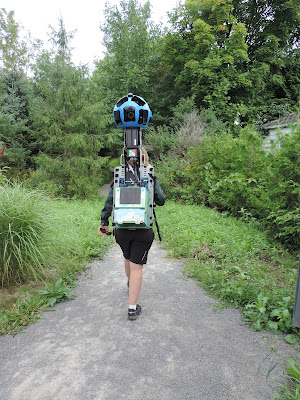 So who is George? He’s Google’s unique 50- pound camera contraption that is cumbersome but effective. Although it looks like it belongs more in a Star Wars movie, than on the back of an avid A-K team member George’s 15 lenses  easily shoots pictures every 2.5 seconds while capturing a 360-degree view of the preserve’s impressive landscape.

By next year, people at home will be able to instantly view key areas of some of the reserve’s 16 kilometres of trails on their computer. Planning can be made to visit your favourite part of the preserve, or arm-chair trail fans around the world can enjoy the panoramic virtual experience without having to move any leg muscles.

Master-computer minded lucky Luc was there to show the team how George works. He along with Annie and Mark, one of reserve’s volunteers, took turns hoisting George on their backs during the trail shoots. I noted after their segments of shooting, their spirits did not wane, despite the burden to their bodies.

Personally, I love the element of surprise when I immerse myself in nature for hiking or trail blazing, and many like-minded Luddites may agree, but having this reserve along with 13 other Nature Conservancy properties earmarked in this way vividly provides detailed exact visuals of the reserve.

I learned a fair bit about the area as I hiked with Claude Bourque,  the biologist and president of the CRPF  whose mandate is to protect, educate and raise awareness of  the  unique biodiversity of the Conservancy's lands. 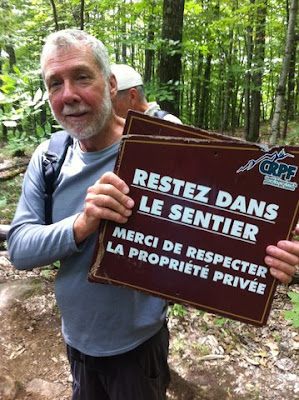 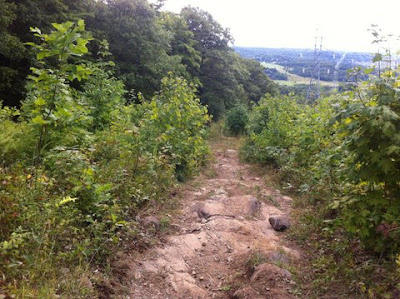 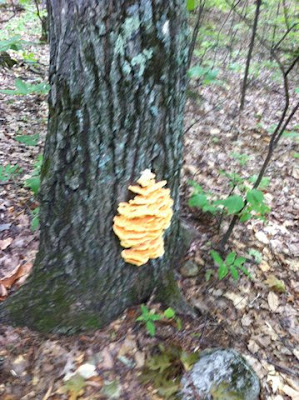 Varied views with distinctive terrains under foot were lovely – something George will   be showing. Overhead, we spotted turkey vultures and ravens. A-K has a northerly nesting site site at its upper reach of a pair of peregrine falcons – a 2010 miracle, considering that for 50 years the species had disappeared from the area.  In fact, 80% of all bird of prey species in the province have been found here and recorded here; that means 22 of  Quebec’s 27 birds of prey species.

A seasonal wild life and fauna paradise, rare plant species have been discovered in the  1980's by naturalist Denis Paquette, a botanist and member of the CRPF. He often embarks ubiquitous visits into the rocky escarpment draped in greenery that explodes into view at every turn. 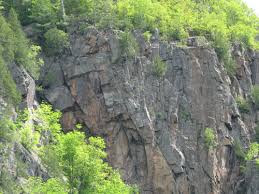 Purple clematis and Holbells' rockcress have been spotted here, and many more plants that remain elusive to the regular forest-goer grow here, and that makes us city-folk green with envy as we stare out at cement buildings and ragweed. 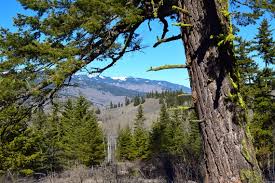 The stunning bio-diversity with its fresh air that surrounds this reserve may account for the fact that cross-country skiing pioneer, Herman Smith-Johannnsen (AKA Jackrabbit), who often  traversed A-K’s trails, lived to the ripe old age of 111!

It would seem the purity of nature’s gifts is shielded here by surrounding cliffs of Prévost and Piedmont – darling villages that proudly offer A-K free of charge for all to enjoy year-round. In fact, all of the Nature Conservancy of Canada’s reserves are run by a sea of volunteers and biologists, and basically owned by the citizens; each area thrives only via donations.

I noted how well-maintained the trails are – a challenging feat, considering that they are over 100 years old and rise up to 100 metres in some places. Such is the prodigious dedication that the keepers of Alfred-Kelly physically exert to assure natural longevity for their beloved reserve. 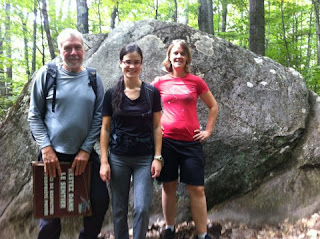 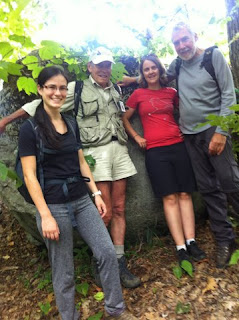 Lake and stone stairs for easy access begin your accent to Lake Paradis – once covered by a glacier that fortuitously created this lake, called a kettle. 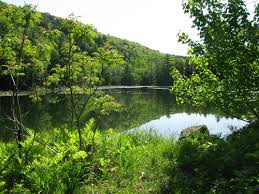 Come for the snow-shoeing, cross-country skiing and hiking. Rest at one of the two stunning look-out points to take in the vista. 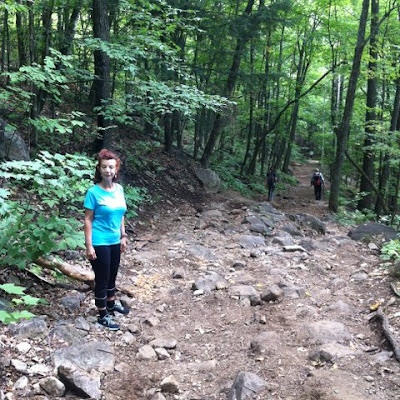 Only 60 kilometres from Montreal, Alfred-Kelly Nature reserve is a true “everyman’s” place. The natural beauty belongs to you. After visiting the reserve, the name, Alfred Kelly will linger long after you hit the highway to travel to your desk job. But don’t forget, you can still gaze at it all right from your chair next year.

Take a peek; enjoy the peak!