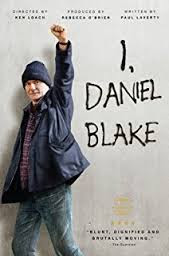 Widower Daniel Blake, (Dave Johns) a 59-year-
old joiner living in Newcastle, has had a heart attack at work. Though his cardiologist has advised him not to return to work, Daniel is deemed fit to do so after a work assessment interview. He is frustrated to learn that his doctor was not contacted about the decision, and applies for an appeal, a process he finds difficult because he is not a computer man. So many attempts are foiled for him. 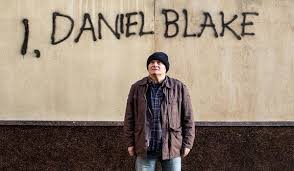 Daniel befriends a single mother, Katie, (Haley Squires) after she is sanctioned for arriving late for a job centre appointment. 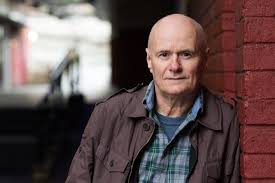 Katie and her children have moved to Newcastle from a homeless hostel in London.  Daniel helps the family by repairing objects, teaching them how to heat rooms without electricity, and crafting wooden toys for the children. Katie is overcome by hunger and breaks down. After she is caught shoplifting, a security guard offers her work as an escort. Daniel surprises her at the brothel, where he begs her to give up the job, but she tearfully insists she has no choice to feed her children. 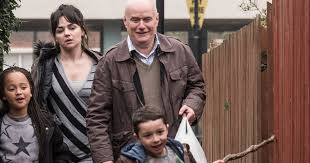 As a condition for receiving job seekers allowance for work, he must attend a resume workshop, pound the pavements and provide proof of it all. estate. He is offered a job in a scrap yard, but has to turn it down for health reasons. When Daniel's work coach tells him he must work harder to find a job, Daniel spraypaints "I, Daniel Blake, demand my appeal date before I starve" on the building. He earns the support of passersby, including other benefits’ claimants, but is arrested and given a police warning. Daniel sells most of his belongings and becomes withdrawn.
On the day of Daniel's appeal, Katie accompanies him to court. A welfare adviser tells Daniel that his case looks sound.  He will win. The ending is tragic. This amazing well acted film is a cry against the British financial support system for those in need. It kills its applicants slowly but surely.
No sentimentality, just decency and heart from the characters. The acting is exquisite. This is this century's most important film.

Posted by nancy snipper at 7:46 PM