Lucy Wainwright Roche lives in New York, Martha Wainwright in Saint-Sauveur,  but they sill manage to do umpteen tours each year. And so we are rather lucky to, for these tow gals have voices whose blending vocals are heavenly. Lucy is like a young Joan Baez. Martha’s voice is an enigmatic mix Emmylou Harris and Bonny Raitt. Textures come in tapestries with her, and unlike a still carpet, she is more kinetic on stage than her calm sister. They are perfectly pitched foils for one another.

Their range is staggering. Martha is able to achieve simultaneously in a single melody line crackle and velvet combos. It's crazy.  Her song, “Around About” moves from high to low in one sentence, sporting blues and passion.
Martha is akin to a palomino; Lucy is a lovely loon.
They performed songs mainly from their latest 2015 album, Songs in the Dark. Both chuckled saying the songs are "slightly depressing lullabies”. 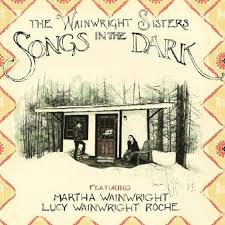 On “Baby Rocking Medley”, the lyric offers wailing newborns up for adoption willingly; while from the cover of Richard Thompson’s “The End of the Rainbow”, it was sad. The song says: “There’s nothing to grow up for anymore”, one believes this is the real song that hit the most morbid of lullaby songs in the repertoire delivered in the concert.
Archangel, Martha’s little son  cheered us all up when he came out  on stage holding a violin and bow. he made more of a fuss abut trying to sit on the high stool than playing; in fact, he didn't play. Looking up at his mother, waiting for his cue to play, he may have missed his mark. At the end, he took a bow, and it brought instant laughter.
Full of family anecdotes punched with self-deprecating humour, the pair invited us into their lives through their stories and their magical songs.


Archer Hits the target of Honesty

Australian singer, opened for the sisters. His vocal style interweaves skiffle and mountain old time. His songs center around the outback, nature, death,  hobo days and of course kangaroos - all very homespun, fun and serious.
It was the kind of performance best suited to a  cozy cafe rather than this impersonal theatre.  My biggest concern was his diction; it seems to stay between his teeth; he was hard to understand. One suspects he is far more a songwriter than a singer. He’s a raw unpretentious artist, and that's rare these days. 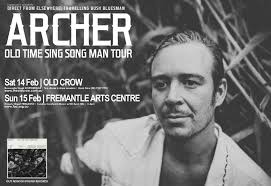 
Part One ran 60 minutes, presented as an encounter of lyric opera and the visual arts. An opera in two acts, Prima Donna relates the story of a diva, Régine Saint-Laurent, inspired by soprano Maria Callas and exploring the themes of doubt, old age and art. It was presented in an abridged format by an orchestra led by American conductor Jayce Ogren, a rising classical music star, with three high-caliber soloists: internationally renowned soprano Québécois Lyne Fortin, equally renowned Québécois tenor Antonio Figueroa and dazzling American soprano Kathryn Guthrie. The performance combined contemporary film soundtrack by Italian artist and director Francesco Vezzoli, with Cindy Sherman playing Maria Callas. It was a true spectacle employing visuals in a big way on the back screen projection.


Post-intermission offered many of the artist’s numero unos. It was a full concert of surprises and anecdotes. Always real, always funny and always surprising. Rufus Wainwright bares his eccentric soul in each of his concerts, and his performance demonstrated this with flamboyancy and genius. 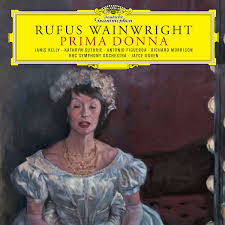 Posted by nancy snipper at 8:25 AM