Celebrating 35 years of performing baroque music to audiences around the world, Arion Baroque orchestra opened its 2016/17 season with a concert brimming with scintillating baroque flavours that once filled the café houses and gardens in Germany during the 18th-century. One such place was Zimmermann’s Coffee-House where billiard cues, card games and lively conversation created the background buzz to Bach’s Collegium Musicum – a talented ensemble of student musicians who performed for those eager to taste coffee and enjoy the musical fare Bach was serving in front of them. 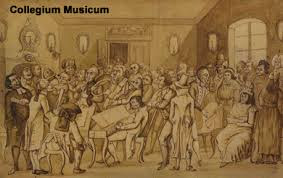 Arion’s performance was tantalizingly delicious; each work had me wanting to drink in more of the program’s stimulating brew. What a joy to hear the orchestra bring more than just a few sips of the past to an audience seated in anticipation, happy to hear the orchestra play the first of the season’s five concerts

Indeed, Bourgie Hall was jam-packed – much like those landmark Leipzig denizens for coffee-drinking addicts once were. And like them, our taste buds extended beyond the cups of coffee – that we were treated to pre-performance and during intermission – compliments of Faro Coffee that has now partnered with Arion.

Thus the stage was set to usher in the ambiance of Arion’s brilliantly brewed baroque program. The first work performed was Suite for orchestra in G-minor, BWV 1070, by Wilhelm Friedemann Bach. He was J. S. Bach’s oldest son who may have used his father’s copyist, Christian Friedrich Penzel to create the work, but to this day it is attributed to J.S. Bach. 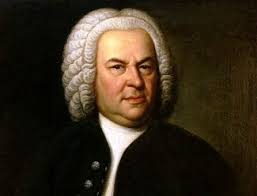 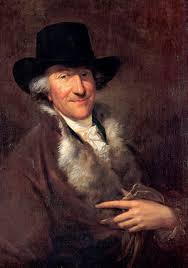 Still, one is not sure just who wrote most of it. Whatever the case, the “school of J. S. Bach” – the provenance delicately assigned to this suite – comprises six contrasting movements. Each is appealing in texture and melody. From the opening Larghetto’s rather noble tone to the sweet Menuetto, and the robust joy and accelerated exhilaration of the final capriccio, the contrast between playful tempi, exciting fugues and gallant moods made for a spontaneous-like  satisfying mix of sounds and rhythms
.
Arion was warming up the pot for us to enjoy yet another delightful coffee music composition: Concerto for flute and strings in E-minor, L2.4. Arion’s artistic director, Claire Guimond took to the stage to perform what for me was the most moving music to greet my ears during this afternoon concert.  She mesmerized us in the opening Allegro con brio. A flurry of sparkling, fast ascensions on her baroque flute created images of birds and butterflies fluttering among flowers and bush. It seemed to be almost begging for a soprano to sing the melody.  She produced crescendos with finesse and despite the speed of this first movement every expressive nuance made itself heard without one note missing its clarity. Her sostenuto of breath made for strong note holding that further engaged our emotions. A delicate sonority transported us into a realm of exquisite beauty. The Adagio un pocco andante brought tears to my eyes; so profound was the expressive execution – stirringly gifted to us by Ms. Guimond. The final presto left us all breathless and cheering for more. Ms Guimond revealed to me at intermission that she had fun playing this piece and that Alexander Weimann, the guest conductor for the concert who brilliantly performed on the harpsichord was really great to play with; their timing cues were so tight. 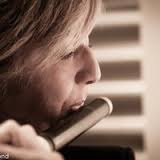 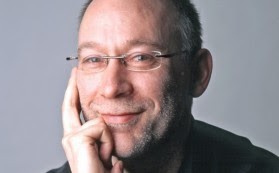 Together, like a cup and saucer set, the pair continually poured out coffee music which the orchestra magnificently bolstered without stopping. I left in a state of addiction – not to coffee but to Arion itself,

J.S. Bach, inspired by Antonio Vivaldi’s work the Concerto for 4 violins, 2 violas, cello and strings in A-minor, BWV 1065 put his own spin to it, preferring that four harpsichords play the violins’ parts. Maestro Weimann also modified things flipping the composition by ensuring the four violins reappeared as they were in the Vivaldi composition – a humble gesture indeed on the part of Arion’s guest director/harpsichordist. It was spectacularly performed by Arion’s 12-member orchestra with Maestro Weimann at the helm directing and playing his instrument with exuberant ease.

The final piece was a true celebration of coffee. It’s interesting to note that Bach himself owned five coffeepots by the end of his life, and so it is not surprising that he wrote a charming short comedic opera, called  “Cantate du café Schweigt stille, plaudert nicht” BWV 211. It’s about a daughter who refuses to stop drinking coffee; she is in love with the taste. Her father is furious, and only the promise of a husband can get her to stave off her craving. A husband will be had, but she puts in her marriage contract that he must allow her to drink coffee.

This light-hearted creation of humour and wit was a delightfully delivered to us by the artists. The father, performed by bass, Jesse Blumberg acted ebulliently as the angry, frustrated father. He is charismatic – a talented actor whose singing was astounding. 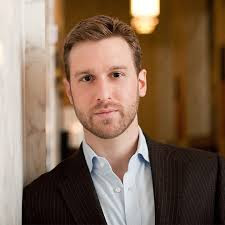 The narrator – tenor, Philippe Gagné also has an impressive voice.
Lightness and elegance combined to create tonal beauty that, despite M. Gagné’s smaller role as the narrator, he beautifully impacted our listening pleasure. 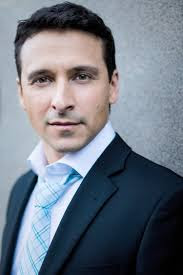 Soprano, Hélène Brunet as the daughter carried off the role with subtle charm. She reaches high notes like a magical bird. Crystal clear clarity, vocal purity and pitch were spot on. She has a beautiful voice, but I would have appreciated her more had she been more energetic in her acting, but nonetheless, she conveyed girlish stubbornness with enough gusto to inspire us to make our own pot of Faro Coffee once we returned home. 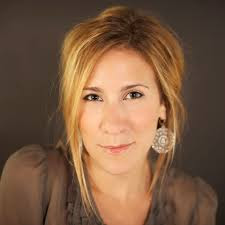 All three singers – together with Mme Guimond periodically playing on her flute – performed an exhilarating recitative for the finale. It was a dashing, musically aromatic ending for this unique concert.

Impeccable in timing, taste, expression and sweetness, Arion was the coffee, cream and sugar in a cup. And no bitter after-taste greeted our tongues at the end of the performance – only resounding “bravos”, and they lasted long after the last pot of incomparable coffee music was poured.

Arion’s next concert takes place November 9th, 11th, 12th and 13th. Haydn and Mozart are on the program with two exciting artists performing with the orchestra. I’ll keep it a surprise.

For program and ticket information about this concert and all other upcoming concerts, go to:  www.arionbaroque.com.
You can also call (514) 355-1825

Posted by nancy snipper at 7:12 PM