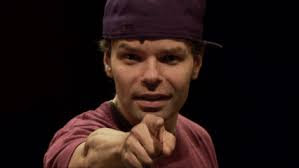 Directors Laura Brownson and Beth Levison's memorable biopic is narrated by the beat poet, Andrew Andersen (AKA Lemon). An ex-con, Lemon discovered poetry while at Rikers.  His love of poetry touched his spiritual soul, and his messy past was about to take a different course. The two directors brilliantly bring us into the full spectrum of his life. 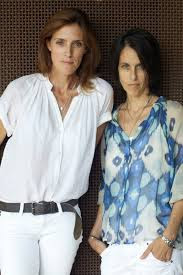 Growing up in the projects in Brooklyn, his childhood days were disastrous; they followed him right into adulthood. He and his brother Peter became small-time drug pushers for the building they lived in. His mother Mille was a heroin addict who died of AIDS. A lot of his poetry is about her and their mutual love. As a kid from Puerto Rico, he stuck out with his blond hair, and so Lemon became his name. Peter and his wife figure in the film as major influences – not as positive forces, but this changes at the end of the film.  The story centers around Lemon's steely drive to become a very successful poet. He begins to perform in schools. Then he raises the bar by connecting with a small American theatre company. After some performances in this company, he is swooped up by American Public Theatre's Under the Radar Festival. Richard Kerner, who ran the smaller theatre where Lemon first began performing, is dropped; the American Public Theatre wants to own all the production rights. Kerner is naturally disappointed, but begrudgingly releases Lemon from their small contract. Later on in the film, Lemon returns to Kerner asking for funds.

The relationship between Kerner and Lemon is the major focus of the film. Kerner truly kick started Lemon’s career and got him his audience. He treats Lemon like a brother, so when Lemon leaves him high and dry, and then goes back to him to ask for money without eating humble pie (that’s not Lemon’s style), Kerner said he felt like Lemon was coming back to the lover he had dumped. Kerner gives him nothing. It was very difficult for Kerner to let his brainchild go and receive no credit for his personal and financial investment in Lemon. It was a bitter-sweet moment, for on the one hand, Kerner is angry, and on the other, Lemon is happy to be moving up the ladder in the performance world of New York City. In defense of Lemon, the poet makes a key point: all his life he catered to others above him, and was a “yes” boy. For the first time in his life, he is going to pursue what he wants, even if it means breaking the bond of a deep friendship. 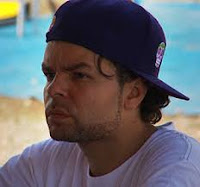 That scene is very telling of Lemon's great ambition and his determination to go to higher places even if it means betraying the one who gave him his start. There was a reason why Lemon approached Kerner. Although his Under the Radar stint was successful, the American Public Theatre lacked funds to support Lemon's mainstay run of County Kings -- the name of his show. He’s told he must raise $50,000 if he wants to continue his run. Despite rave reviews of his work from his two-week stint in Under the Radar, he can't get the money. He ends up unemployed, taking care of his two daughters while his highly supportive wife earns the money. One day, Spike Lee, without whose support the award winning musical Passing Strange would have never made it to the silver screen, calls out to him just as Lemon is leaving a restaurant. He had seen Lemon's performance, and offers to put up the money Lemon needs to continue the show indefinitely at the American Public Theatre. Lemon's poetry is tough, defiant and extremely passionate. He is gifted and utterly disciplined.
Throughout the film, Lemon presents his compelling poetry. He also offers poignant views on poverty, power tycoons, resilience and what it takes to overcome seemingly insurmountable obstacles to achieve success and endure. Interestingly, he has a problem after he gets his main run. He hyperventilates all the time on stage. He knows he needs his wife with him during his performances. She quits her job to be with him. She is the sweet cherry that sweetens up Lemon's life. Nothing made him crack during all the tough times -- just the lack of her presence. I found that rather touching.

Posted by nancy snipper at 8:59 AM