DONGJU: A PORTRAIT OF A POET (Directed by Li Joon-ik) ***


Why must the good die young? 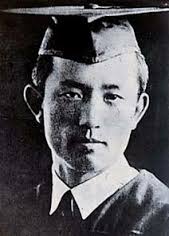 In this incredibly tragic  biopic film about Yun Dong-ju (December 30, 1917 – February 16, 1945), a young man born to be a poet, we see the Japanese colonization of Korea. Dong-ju and his best friend, Song Mong-gyoo are swept up in the resistance which landed them both in prison in 1943. 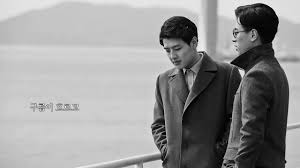 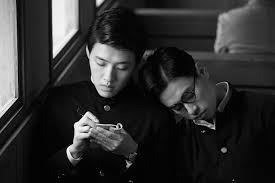 Both the poet and the fighter – two loyal leaders of their own talents end up dying from injections of seaweed into their blood.

Six months after Dong-ju died in Fukuoka Prison in Kyoto, - a hellish hole where 1800 young people were “injected” into their deaths, Japan lost the war. 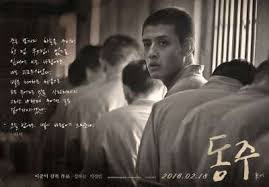 The film juxtaposes the young men’s lives with their interrogation – especially that of Dong-ju. Most of this black and white movie is a dramatic recounting of their fight for freedom in different ways – one with poetic thoughts in words – the other planning armed resistance.
Dong-ju’s poems are sparse; ironically, they resemble Haiku – a minimalist form poetry in three lines, originating in Japan – the country Korea hated.
This film was screened at the 2016 New York Asian Film Festival. 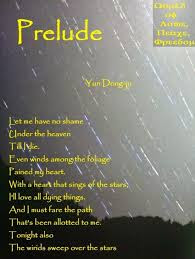 Posted by nancy snipper at 6:59 PM