Looking at this city through a one-angled lens


Montréal streets look like war zones. The sidewalks are blocked off, up in pieces with rubble saddling bulldozers besides huge long tubing ready to be put underground. That’s been the eyesore for years now I’ve seen this in Verdun, downtown, Ville St laurnet, Everywhere!


Try driving anywhere, and enjoy cursing trying to get there.  Consider reaching your destination a total triumph. Thjs city is not what it used ot be.


Moreover, smokers, cyclists and angry drivers feel no gumption about riding you over. And as for the song, smoke gets in your eyes, well, Montreal is the smoker’s capital of Canada.


Language: who cares any more? Bill 101, you’ve aged beyond your contextual historical provenance.  But try to speak English to those who work for the government, including the French schools, and you can end up in jail. It is an outcase situation here. Yes, Montreal is a fabulous festival city. There are over 500 of them in the summer, but most folk just want to leave the humidity at this time.


Snobbism, freaky-looking kids who are lost in their souls, smokers, sweaers and cell phone addicts – this is the city I now know. When I moved here in 1981, it was rather pleasant. People were civil, helpful, cordial, and the joie de vivre was wonderfully infectious. Business was booming and streets were intact.


Immigrants now claim this place but the poor souls can’t even open up a business hanging out a street sing in their own language – unless they want to get smacked with a hefty fine from L’office québécois de la langue française. Did you know it’s illegal to show English on a sign alone  inside or outside. Oh sure you can have it, but make sure it’s smaller than the French.


Look, I moved here form stone cold Toronto, and Montreal is still a unique place but its corruption goes back too many decades, and even poutine can’t smother the fact that this city has to start educating its people, being honest and giving kids a global future.Of course secondary education wasn’t compulsory here until 1969.

Rock the boat and drown us all is Montreal’s now polluted St. Lawrence River into which  government leaders agreed to dump tons of waste material this year. Now that is a truly inspiring example of environmental leadership.


There’s only thing la belle province won’t change is its nasty let’s hold a grudge license plate: “Je me souviens” (I remember wheat the English did to us on the plains of Montcalm). Fact is the British were fairly nice conquerors. They gave Quebec thousands and thousands of more hectares, expanding the territory to make it the largest province in Canada. They also let the French keep their language, their religion and lots more.


Trouble is, when I go to Ontario anglo-land like Ottawa and Merrickville, I miss the Quebec slantiness, the chaos and the anger that allows me to write this vitriolic piece in the first place.

You may get offended by this, but I'm allowed to offend you; I'm a Montrealer!  LOL!

Posted by nancy snipper at 7:40 PM 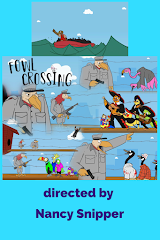 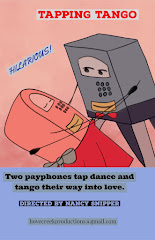