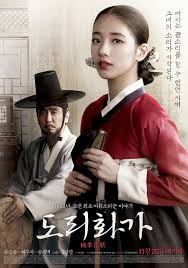 This incredibly moving film with  both amusing and heart-wrenching scenes retells the true story of the life of Jin Chae-seon who became Joseon’s – a centuries-old kingdom in South Korea – first female singer to perform pansori – a form of robust opera bellowing recounting love stories and fables. The time is 1875. It was illegal for any pansori performer to be female; punishment for doing this was death to the master, and the film does indeed tread on this terrifying track. 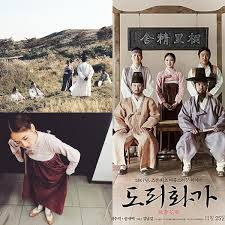 Still, this cinematic wonder reveals itself like a blossoming flower, and Jin is that flower. In following and growing under her tough teacher’s tutelage and rigorous vocal training, she willfully thrusts herself into uncharted storms to find her true voice and love. This is a case of teacher/student devotion.
Her pansori master, Shin Jae-hyo trained his singers. When the young woman tricks him into taking her on as a student - she disguises herself as a man during a small performance - both end up risking their lives to perform in a national competition. It would seem that the impossible is possible according to the sad beginnings of how Jin rose to be an iconic figure of royalty, but like the song she sings, her heart belongs elsewhere.
Lyrically stunning, and not without a painful denouement with an ambiguous romantic finale, this love story is as enduring as the art form it brought to the screen, as part of the 2016 New York Asian Film Festival.

Posted by nancy snipper at 9:41 PM