RIDING THROUGH THE HOOPS OF RYANAIR


Simple question on live chat with Ryanair Will I get a seat if I do not do a pre-selection – which led to will I get on the plane at all even if I did buy one. Which then led to more chats which led to the fact that Ryan Air does not tell you this: when you purchase on line you will have to pay 50 Euros at the airport if you do not come with your boarding pass in hand. After you pay on line you have to go through the check-in process on line to get that boarding pass. Shouldn’t they tell you this after you pay?  Shouldn’t they say: Okay, you’re set but you MUST check in and here is the link to do so.” (But they don’t and many unsuspecting buyers get caught at the airport having to pay .


I think anyone who is using Ryanair for the first time should go on their live chat, and ask away.


The check in must be tricky because there’s even a YouTube link as to how to do it).


No, folks it was only by asking more and more questions that happenstance r0 hours later after asking a simple question that I found this out. And guess what, it is nto as easy as one would think. In fact, it is like a game show: if you make a typo error you have to start from the beginning, and if you do it less than 4 days before boarding you won’t get on – perhaps. Worse still, the gate at the airport announcing your flight with Ryan Air comes up only about an hour beforehand, so do not be late. In fact, the first 100 passengers lining up get their bags on free, but the others many not. They say, you get what you pay for. In the case of Ryan Air you pay but you don’t get. Admittedly, their tickets are darn cheap, but the stress level of knowing if everything is really going to work out for you in the end is not worth it. I’m still debating if I want to purchase my ticket to Chania form Athens with them. It depends if I feel like gambling that day. Be very very careful. Google Complaints with Ryan Air. Good luck! 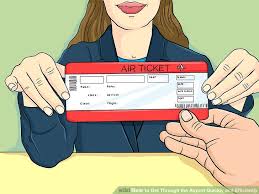 Posted by nancy snipper at 9:10 PM