TACTICS FOR LIVING IN A CULTURE OF VIOLENCE


When the president of the United States demonstrates that it's okay to shove aside another person, no matter how important that person is or how unimportant he is, the message is clear. Even at a NATO meeting, violence is okay. After all, violence is a marker for saying: I only count, and I get what I want and I’ll do anything to get it. After all, what’s pushing? I’ll tell you: it’s a degree of violence. The noble Prime Minister of Montenegro opted not to push back. He’s a non-violent man. (Watch it on YouTube)

The event shows, it’s okay to push a person aside; if it’s even okay to do that at a prestigious NATO meeting, it surely is okay to do it on the street or sidewalk, especially if you want to get ahead – as Trump showed the world.


This infant ignoramus looks like an adult, but he doesn’t act like one. Nor does he string a sentence together without repeating his phrases.


So now that we’ve established that violence comes in many shapes and degrees, let’s chart out a tactic to protect ourselves.


Walk fast and walk with your elbows sticking out. That way, you can elbow someone first before they do you.


Take long strides and wear a look of grave determination on your face.


Carry your pepper spray where it is visible for all to see.


Test it out if you want to on anyone or try your recently purchased taser gun. If the police can do this, why not us? They serve and protect us, so we should do the same for ourselves, right? They're  supposed to set an example, right?


Terrorism is here, and it also exists on the streets of daily life. Watch the behaviour of people. They are blind to others. They have little sense of space, let alone any verbal curtsy or quietness of speech.


Violence is the new norm. But do yourself a favour. Never allow yourself to get used to it. If you do, you’ve lost your only true weapon: humanity. 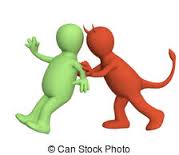 Posted by nancy snipper at 5:21 PM