A one-of-a-kind plot with comedic and serious segments 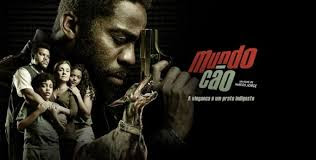 Despite this low budget film, this action driven plot really gets to you. Santana is a great guy who catches dogs for the local neighbourhood animal shelter in a barrio of San Paulo. A Rottweiler is caught but his owner never claims it. The law says after three days it must be put down. He's a with a big heart who loves dogs and his family. 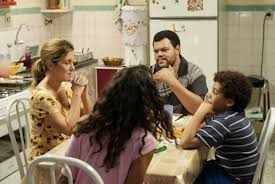 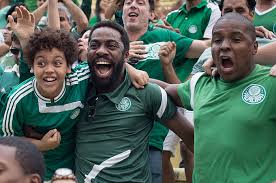 Suddenly Babyface, its owner turns up, but it’s too late. Babyface is a loan shark who kidnaps Santana’s 10-year-old son to avenge the death of his dog. But the two share a love of the same soccer team, and they actually bond.
Ransom is demanded and Santana is forced to sell his beloved drum set.

He not only loses it, but his wife is  fatally hit by a bus. Babyface must pay. Great acting, great situational moments and good focus. There are some unique side angels in characters behaviour that absolutely enhance this totally entertaining film which was screened at Montreal’s Brazilian Film Festival at Cinéma du Parc.

Posted by nancy snipper at 7:36 PM