THE AMBASSADOR TO BERN (Directed by Atilla Szasz) ** 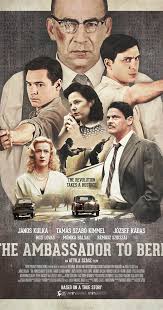 A pseudo- political thriller, somewhat biopic, chronicles the day of August 16, 1958, when two Hungarian resistance fighters now living in Bern break into the Hungarian embassy there and take the ambassador hostage. He is viewed as being pro-Russian, and they wish to avenge the death of the killing of Imre Nagy president of Hungary during the 1956 Hungarian Revolution. 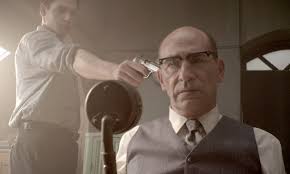 They also want the safe combination. As the Swiss police surround the building and a group of Hungarian immigrants shows up on the street to demonstrate, a tense, twist-filled hostage drama plays out behind the closed doors of the embassy. The screenplay by Norbert Köbli (author of last year EUFF Hungarian film The Exam) is based on a true story about the aftermath of the 1956 Hungarian revolution. A tad too melodramatic with a low budget tone. The beginning was confusing. and the attempt at creating suspense fell flat.
Screened at New York Film Festival. Posted by nancy snipper at 6:30 PM