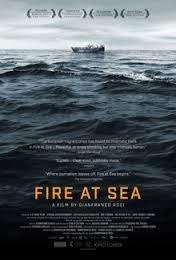 Lampedusa, a small island off Sicily has become the destination savior for hundreds of thousands of African and Syrian refugees piled like fish in smuggler boats that dangerously have diesel fuel flowing onto decks that burns the flesh. But many arrive dead; those that don’t, fall into the loving hands of the island’s key doctor and a team of rescuers who boat out to these death boats carrying human cargo. 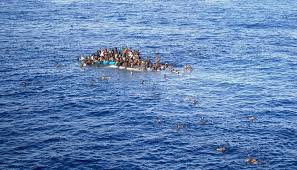 A young boy on the island is always aiming his self-made slingshot at birds, or an imaginary machine gun at the port. He’s adorable, but will he become an adult who trades his toys for the real thing? 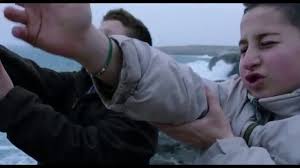 The island has its own way of survival, which involves fishing, religion, old Italian love song requests via radio and tight family cohesion. Survival on the island requires being comfy with the sea as well. 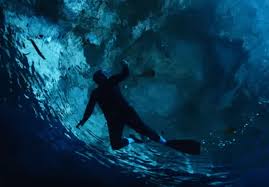 The heartbreaking scenes of young men gasping for their last breath as they are loaded onto a rescue boat tears at your guts. When will the rest of the word accept these refugees? If Lampedusa can, why not every land step up.  As the film's good doctor says:  “It’s our duty to help these people.” 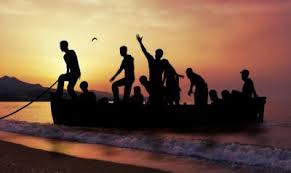 Posted by nancy snipper at 7:28 PM