MANCHESTER BY THE SEA (Directed by Kenneth Lonergan) **** 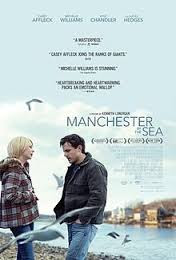 No doubt about it, the superb acting in this realistic film is second to none. Casey Affleck in the role of Lee Chandler cleverly manages to make major depression no yawn for the viewer. Lee is going through permanent shock, depression and PTSD after not only losing his older brother, but his own children in a tragic accident for which he was at fault. 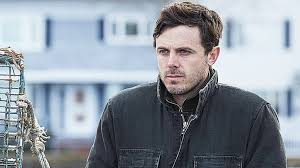 He’s a loner janitor in a Boston apartment complex, but his life is put on hold there when he finds out that he has been charged with acting as the guardian to his brother’s 16-year-old son, Patrick – perfectly  played by Lucas Hedges. 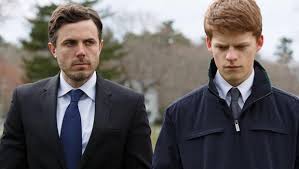 It is a responsibility Lee does not want. It would seem that Lee’s time with happiness is over, and he just can’t recover. The back story is told in episodic flashbacks in a sophisticated manner that keep the viewer intensely interested in the journey Lee is embarking on both mentally, emotionally and physically. I am not sure what the point of this film is, but it is an excellent piece of drama.

Posted by nancy snipper at 6:19 PM