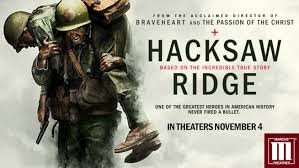 This is the most moving yet brutally raw film I have ever seen.  It graphically explodes with unbearable suspense during one long war scene shot from various angles the savagely ruthless fight that took place in Okinawa Island. The hellish slaughter of hundreds of American soldiers trying to take the island from the Japs was poignantly real if not heroic. 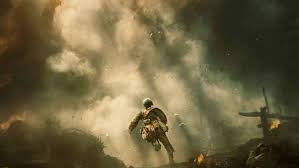 At the centre of this film is the highly religious medic, Desmond T. Doss (played with fitting humility by Andrew Garfield) who refuses to even touch a gun – let alone carry one.  Before going to battle, Desmond’s fellow fighters beat him up, even ostracized him for his pacifist stance. He was about to be court marshaled but his father was able to get that charge dropped. So off his son goes to the top of Hacksaw Ridge unarmed and with his fellow soldiers to enter a bloody hell that exacted countless lives on both sides. Up there he tends to the wounded, risks his total sacrifice, and once the soldiers finally win the protracted fight, Desmond stays behind to recover the wounded and tie them up to a rope one by one to slip them over to safety down the ridge as he holds the rope in his hand, burning his hands and risking his life to save 75 terribly wounded men. 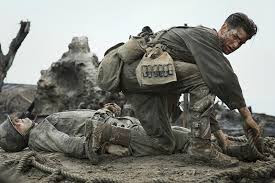 I cried in this film. I was so emotionally moved by this true story that showed how Desmond’s bravery and unswerving belief in the Bible led to saving the lives of men who ended up idolising him. 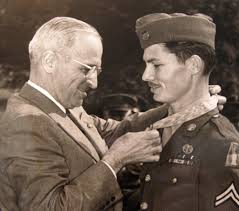 Posted by nancy snipper at 6:10 PM